The Art of the Tale of the Princess Kaguya (Hardcover) 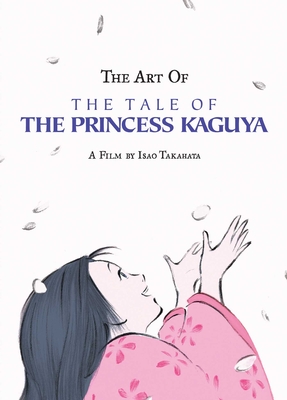 The Art of the Tale of the Princess Kaguya (Hardcover)


Ships to Our Store in 1-5 Days
In a film eight years in making, Studio Ghibli’s cofounder Isao Takahata tells the untold story of Princess Kaguya.

An old bamboo cutter and his wife find a tiny girl inside a bamboo shoot and raise her. The mysterious little princess grows rapidly into a young lady, enthralling everyone who encounters her–but ultimately, she must face her fate. This book captures the breathtaking art of the film from conception to production, and features commentary, interviews, and an in-depth look at the production process.

“Every frame is worthy of being its own painting.” –Joe Hisaishi, film’s composer


Isao Takahata (October 29, 1935–April 5, 2018) was a film director, producer, and screenwriter who in 1985 founded Studio Ghibli with his longtime collaborative partner Hayao Miyazaki. Takahata directed the internationally acclaimed film Grave of the Fireflies (1988). His other directorial work includes Only Yesterday (1991), Pom Poko (1994), and My Neighbors the Yamadas (1999). He was also the producer for Hayao Miyazaki films such as Nausicaä of the Valley of the Wind (1984) and Castle in the Sky (1986). He completed his last film, The Tale of the Princess Kaguya, in 2013 after eight years of production. The film was nominated for Best Animated Feature at the 87th Academy Awards®.