A Pill for Promiscuity: Gay Sex in an Age of Pharmaceuticals (Q+ Public) (Paperback) 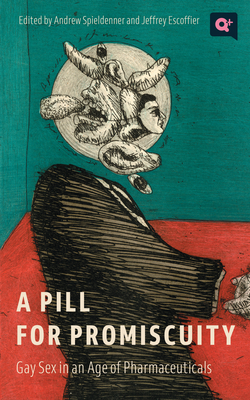 A Pill for Promiscuity: Gay Sex in an Age of Pharmaceuticals (Q+ Public) (Paperback)

A Pill for Promiscuity brings together academics, artists, and activists—from different generations, countries, ethnic backgrounds, and HIV statuses—to reflect on how gay sex has changed in a post-PrEP era. Some offer personal perspectives on the value of promiscuity and the sexual communities it fosters, while others critique unequal access to PrEP and the increased role Big Pharma now plays in gay life. With a diverse group of contributors that includes novelist Andrew Holleran, trans scholar Lore/tta LeMaster, cartoonist Steve MacIsaac, and pornographic film director Mister Pam, this book asks provocative questions about how we might reimagine queer sex and sexuality in the 21st century.
ANDREW SPIELDENNER is Executive Director of MPact: Global Action for Gay Rights and Associate Professor of Communication at California State University-San Marcos. Openly living with HIV, he writes about LGBTQ community, HIV and disability, serving as co-editor for the collections Intercultural Health Communication and Post-AIDS.

JEFFREY ESCOFFIER is a research associate and faculty member at the Brooklyn Institute for Social Research. He was one of the founders and the publisher of the pioneering LGBTQ journal OUT/LOOK and is author of the books Bigger Than Life, American Homo, and Sex, Society and the Making of Pornography (Rutgers University Press).