The Bird of Destiny: Horus and the Silver Raven (Hardcover) 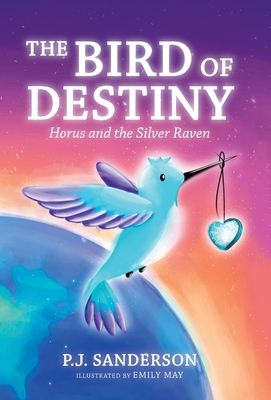 The Bird of Destiny: Horus and the Silver Raven (Hardcover)


Ships to Our Store in 1-5 Days
(This book cannot be returned)
Nothing makes Horus happier than being with his family in their jungle home. But the human bulldozers are about to move in on his paradise. Not only will the destruction of all the trees leave his family homeless, the rising temperatures due to climate change are about to leave his species with no food - meaning Hummingbirds could be gone forever. With his dad missing and no bird willing to make a stand, Horus needs a miracle. So when he hears of a mystical bird called the 'Bird of Destiny' who can listen to the wind and change the future, he makes it his mission to find this extraordinary bird so they can save his species and shake up the humans so they see how climate change is killing the planet. But does the Bird of Destiny truly exist? Can Horus save Hummingbirds from extinction? And will he ever get to see his dad again?
P.J. Sanderson is a writer, poet, musician and shaman who is based in France. A former BBC journalist, he was inspired by his journey around the medicine wheel to write a book which would raise awareness about climate change and leave a legacy for his children and the seven generations beyond so they can live on a healthier planet. Ten percent of all the profits from this book will be donated towards saving the Hummingbird species.