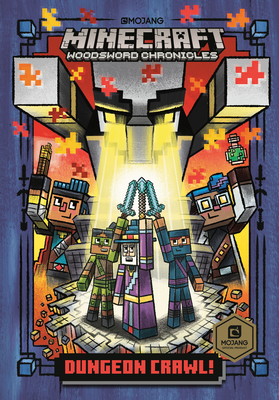 
Available at One of Our Locations
Get ready for Book 5 in the ongoing chapter book series based on Minecraft!

The adventures continue in the fifth official Minecraft chapter book based on the most popular video games of all time. When Po, Morgan, and three of their fellow Minecraft players track the Evoker King to his home in the heart of a perilous dungeon, they have to gear up for an epic fantasy quest filled with danger, dragons, and hostile mobs. Meanwhile, in the real world, the school play seems to be full of its own traps and troubles. Are Po and his friends doomed in both worlds?!

Alan Batson is a British cartoonist and illustrator. His works include Everything I Need to Know I Learned from a Star Wars Little Golden Book, Everything That Glitters is Guy!, and Baby McStuffins.