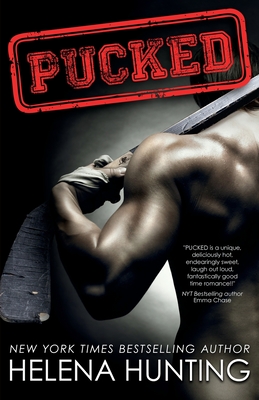 This is book number 1 in the Pucked series.

***The 1st standalone novel in The Pucked Series***

With a famous NHL player for a stepbrother, Violet Hall is well acquainted with the playboy reputation of many a hockey star. So of course she isn't interested in legendary team captain Alex Waters or his pretty, beat-up face and rock-hard six-pack abs. When Alex inadvertently obliterates Violet's misapprehension regarding the inferior intellect of hockey players, he becomes much more than just a hot body with the face to match.

Suffering from a complete lapse in judgment, Violet discovers just how good Alex is with the hockey stick in his pants. Violet believes her night of orgasmic magic with Alex is just that: one night. But Alex starts to call. And text. And email and send extravagant--and quirky--gifts. Suddenly, he's too difficult to ignore, and nearly impossible not to like.

The problem is, the media portrays Alex as a total player, and Violet doesn't want to be part of the game.