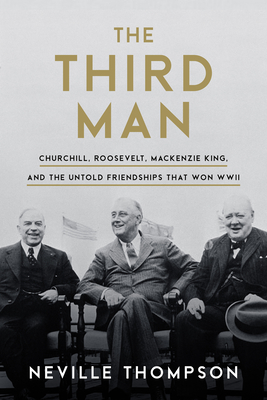 
Ships to Our Store in 1-5 Days
"A welcome new bright spot in the vast literature of World War II." - DAVID SHRIBMAN The relationship between Winston Churchill and Franklin Roosevelt was among the most momentous - and mysterious - in history. The story of how these fiercely independent leaders worked together to defeat Hitler's Germany has been divined mainly from their cautious letters and the comments of staffers. Meanwhile, the detailed record of their fellow head of government, Canadian Prime Minister William L. Mackenzie King, who knew each of them better than they knew each other, has been largely overlooked. A sublime diplomat, King was determined, as leader of the largest British Dominion and America's closest neighbour, to serve as a lynchpin between the great powers. Churchill and Roosevelt both came to rely upon him as their next most important ally, routinely confiding in him and never suspecting that he was meticulously recording every word, prayer, slight, and tic from their countless interactions in his voluminous unpublished diary. The Third Man offers us a truly unique look at the personalities, the strategies, and the epic relationship that won WWII.
Neville Thompson ================ NEVILLE THOMPSON is a professor emeritus of history at the University of Western Ontario, where he taught modern British and European history. He is the author of The Anti-Appeasers: Opposition to Appeasement in the 1930s, Wellington After Waterloo, and Canada and the End of the Imperial Dream. He lives in Ottawa.