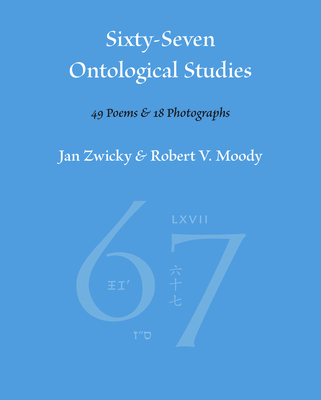 Sixty-Seven Ontological Studies is a double-stranded book of intense lyric reflections on the fundamental essences of things. The two modes of attention -- Jan Zwicky's words and Robert V. Moody's photographs -- are presented as fully co-equal. Neither one serves as an illustration of the other, yet there are many deep connections between the two. They are brought together here in a resonant conversation, steeped in the pregnant silence of the living world.

Jan Zwicky is the author of some twenty books of poetry and prose, including Songs for Relinquishing the Earth, The Long Walk, and Wisdom & Metaphor. She grew up on the prairies, was educated at the Universities of Calgary and Toronto, and currently lives on the west coast of Canada. Her many honours include the Governor General's Award and the Dorothy Livesay Prize. Robert V. Moody is not only a celebrated photographer but an acclaimed mathematician, noted in particular for his work on the complexities of symmetry. Born in England but raised in Canada, he now divides his time between Pasadena, California, and Victoria, BC. He is an Officer of the Order of Canada.