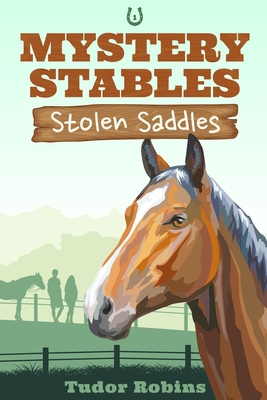 When the first saddle disappeared, Emmy wasn't too worried. After all, the tack room at Mystery Stables isn't always the most organized, and riding in the creek is better without a saddle anyway.

But when it turns out the saddle was a Butet - in other words way more expensive than Emmy or her Aunt Jewel can afford to pay for - and when more saddles start going missing from other stables, Emmy knows she has to do something.

Emmy wants to stay in Mystery Hollow. She wants to ride feisty new mare, Solace, alongside her brand-new best friend, Baxter. She wants, for once, to stop moving - she even wants to go to school: Mystery Hollow High School.

But with the saddle thief moving onto bigger, more dangerous offences, Emmy's afraid Mystery Stables might not survive the crime spree, leaving her, and her favourite people and horses, without the home they love.﻿