The Classical Tradition in the Baltic Region: Perceptions and Adaptations of Greece and Rome (Spudasmata) (Paperback) 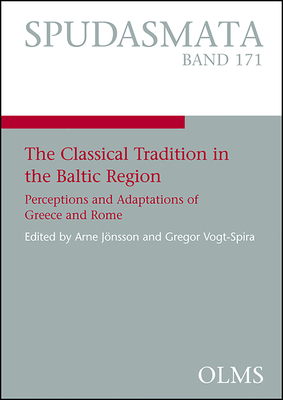 The Classical Tradition in the Baltic Region: Perceptions and Adaptations of Greece and Rome (Spudasmata) (Paperback)


call to order
Reception of antiquity in Northern and Northeastern Europe is a field of research that is overall largely undeveloped. At the same time, the countries surrounding the Baltic Sea have taken part in this transnational discourse for a very long time, not least because of the founding of four universities in the Baltic area before 1500.
This volume paradigmatically presents forms and profiles of the engagement with antiquity in this region, quintessentially for the first time. In the richly cultivated Latin classicism there are likewise characteristic features to be discovered such as in translations, literary perceptions, and adaptations of antiquity as a whole. There is an emphasis on the history of education and scholarship, including ground-breaking studies on classical philology in Riga (Latvia) and Vilnius (Lithuania) marked by upheavals in the last century.
The volume emerged from the network Colloquium Balticum, which was established under a German-Swedish initiative in the year 2001.