Dust & Data: Traces of the Bauhaus Across 100 Years (Hardcover) 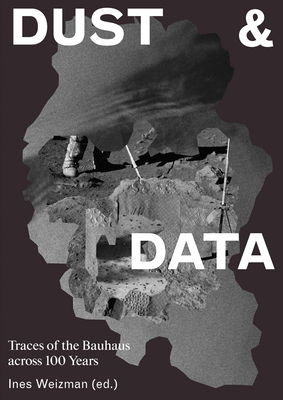 Dust & Data: Traces of the Bauhaus Across 100 Years (Hardcover)

A revelatory and nuanced history of the Bauhaus

Dealing with the hundred year history of the Bauhaus, this book is framed by two material concepts: dust & data. While dust foregrounds new approaches to the material analysis of objects and ruins, data designates new approaches to managing the enormous amount of information accumulated about the subject over the years.

An extraordinary group of leading international scholars, architects, theorists, artists, and novelists unearth new details about the history of the school and reveal the perspectives of marginalized, dislocated, silenced, and dispersed voices that have gone unheard - until now. These include the voices of queer architects, of the (too) few women practitioners, of those in the global South who studied at the Bauhaus or were influenced by its ideas, and the perception of the school beyond the Iron Curtain of the Cold War. The essays, conversations, and documents collected here cover a time span that starts with the inception of the Bauhaus school in 1919 in the immediate aftermath of World War I and extends through several stages of dislocation to its demise on the eve of World War II. This collection also engages with the school's multiple afterlives. It deals with the migration of teachers and students, the dissemination of its ideas into various cultural contexts, the state of the buildings that were left behind, and the circulation of objects produced by Bauhaus protagonists. Altogether this book offers an unprecedentedly complex and unique conversation regarding Bauhaus history, underpinned by its ideological and cultural interpretations, and is an invaluable resource for scholars and practitioners alike.