Voices of Generations Past: The Belief of the Igbo, an African Tribe (Paperback) 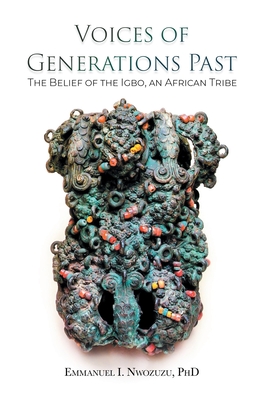 Voices of Generations Past: The Belief of the Igbo, an African Tribe (Paperback)

Voices of Generations Past: The Belief of the Igbo, an African Tribe narrates confl icts between the old and the new belief systems in Odinala, a Nigerian village. The conflicts were particularly brought by the slave trade, WW I, WW II, the Great Influenza, and the introduction of Western system of education. The life of Nna Pius and his attempts in teaching young people depict the cultural changes that took place at that time.

Emmanuel Ibezimako Nwozuzu was a teacher in New York City Department of Education until he retired in 2005. He taught a wide variety of subjects including chemistry and reading and writing in New York high schools including home instruction schools. He obtained his BS degree in the University of Nigeria Nsukka, master's and Doctor of philosophy at the Iowa State University of Science and Technology in Ames, Iowa, United States. Before coming to United States, he was a member of the famous West African Examination Board Council and later became the Principal of the prestigious Community Secondary School, Dengi, Plateau State, Nigeria. The first science laboratory in the school was named after him in recognition of his contributions to teaching and learning in the school. The author, while teaching in New York schools received the prestigious US Presidential Scholars Program Teacher Recognition Award in 2005. At present, he is a private educational consultant.

"from the background of Igbo cosmology, Emmanuel Nwozuzu wrote this master piece that appropriates relevant elements of ideas of history in story telling"

"Voices of Generations Past like a mirror, reflects Igbo past life and like a star guides future Igbo actions. I highly recommend this book."