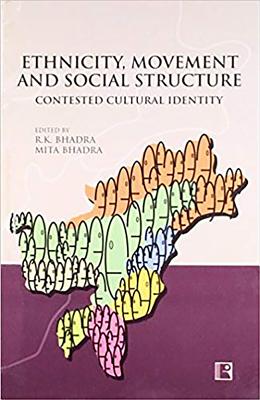 "India is a land of various ethnic and tribal groups. Cultural diversity is the unique feature of North-East India exhibited by a large number of tribal communities in the region. Owing to ill-planned economic development policies, there is evident regional imbalance and backwardness in all spheres of life in the north-eastern states. Poverty, lack of employment opportunities and aimless political process have resulted in gross dissatisfaction among the population. Ethnicity has been growing rapidly, and it has brought together the marginally differentiated ethnic groups as a strong united force, which continues to have frequent conflicts with the local governments on various issues of ethic identity and independence. There has been a lack of true information regarding the social structure of various ethnic groups of the North-East India. This book therefore tries to explore the genesis, factors, causes, consequences of the growth of ethnicity, ethnic movement, state formation and inter-ethnic relations, and its impact on the social structure. The role of economy, politics and religion has also been considered as wider causes of the movements in the north-eastern states.Several theoretical issues have been discussed in this eighteen-chapter book, which will be useful for policy makers and policy analysts, sociologists and social anthropologists."