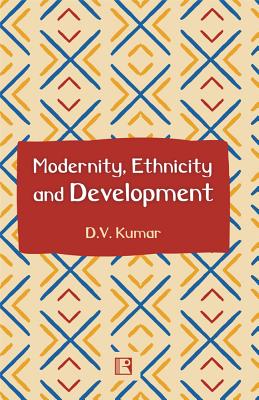 By D.V. Kumar
Email or call for price

Although modernity has emerged as a meta-narrative in social science literature, its meaning and the possible forms of engagement one can pursue with it have not been adequately explored. It has been accepted that Europe was the only home of modernity, a point which is contested in this book. The fact that other civilizations have also contributed significantly to the project of modernity needs to be discussed and reaffirmed. Contrary to what the classical scholarship (writings of Marx, Durkheim and Weber) argued in favor of the weakening of ethnic and nationalist identities in the context of modernity and development, this book seeks to problematize the relationship between modernization and ethnicity at the theoretical and empirical levels by arguing that they have, in fact, become more salient in the recent past. Any discussion on this should factor in the critical issue of nationalism, which is attempted here. As an organic and inseparable part of the larger issue of modernity, tribal development-as it is pursued, especially in the Northeast-is subject to a critical interrogation. This book will be of great interest to those who are engaged with issues of modernity, ethnicity, and development. [Subject: Sociology, Social Science Studies, South Asian Studies]