The Revolt of The Unique: and Toward the Creative Nothing (Paperback) 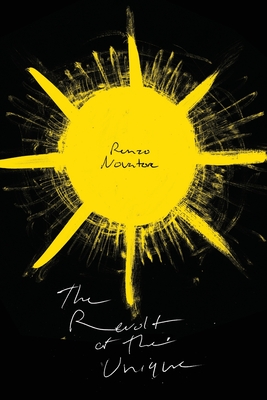 By Renzo Novatore, Gus G (Arranged by), Rhiza (Cover Design by)
$5.00
Email or call for price

Our epoch is an epoch of decadence. Bourgeois-christian-plebeian civilization arrived at the dead end of its evolution a long time ago.

But under the false splendor of democratic civilization, higher spiritual values have fallen, shattered.

Thus christianity - condemning the primitive and wild force of the virgin instinct - killed the vigorously pagan "concept" of the joy of the earth. Democracy - its offspring - glorified itself making the justification for this crime and reveling in its grim and vulgar enormity.

Already we knew it

Christianity had brutally planted the poisoned blade in the healthy, quivering flesh of all humanity; it had goaded a cold wave of darkness with mystically brutal fury to dim the serene and festive exultation of the dionysian spirit of our pagan ancestors.

In one cold evening, winter fatally fell upon a warm midday of summer. It was christianity that, substituting the phantasm of "god" for the vibrant reality of "I", declared itself the fierce enemy of the joy of living and avenged itself knavishly on earthly life.

Thus democracy - the mother of socialism - is the daughter of christianity.