Avengers of the New World Lib/E: The Story of the Haitian Revolution (Compact Disc) 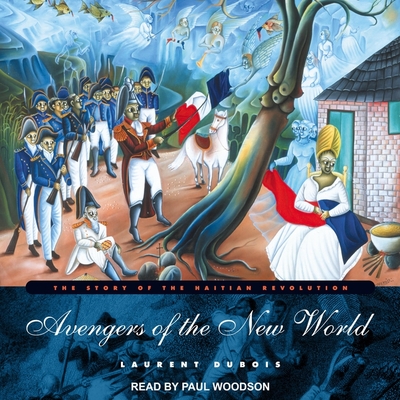 Avengers of the New World Lib/E: The Story of the Haitian Revolution (Compact Disc)


Currently Unavailable
The first and only successful slave revolution in the Americas began in 1791 when thousands of brutally exploited slaves rose up against their masters on Saint-Domingue, the most profitable colony in the eighteenth-century Atlantic world. Within a few years, the slave insurgents forced the French administrators of the colony to emancipate them, a decision ratified by revolutionary Paris in 1794. This victory was a stunning challenge to the order of master/slave relations throughout the Americas, including the southern United States, reinforcing the most fervent hopes of slaves and the worst fears of masters. But, peace eluded Saint-Domingue as British and Spanish forces attacked the colony. A charismatic ex-slave named Toussaint Louverture came to France's aid, raising armies of others like himself and defeating the invaders. Ultimately Napoleon, fearing the enormous political power of Toussaint, sent a massive mission to crush him and subjugate the ex-slaves. After many battles, a decisive victory over the French secured the birth of Haiti and the permanent abolition of slavery from the land. The independence of Haiti reshaped the Atlantic world by leading to the French sale of Louisiana to the United States and the expansion of the Cuban sugar economy.