From the Realm of a Dying Sun Lib/E: Volume 2: IV. Ss-Panzerkorps from Budapest to Vienna, December 1944-May 1945 (Compact Disc) 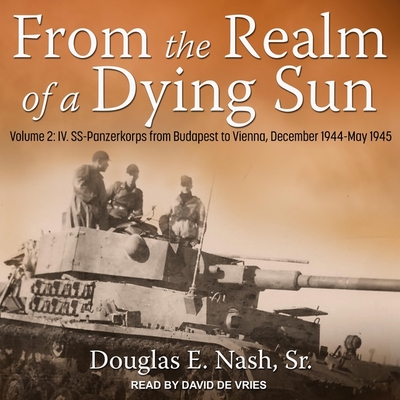 From the Realm of a Dying Sun Lib/E: Volume 2: IV. Ss-Panzerkorps from Budapest to Vienna, December 1944-May 1945 (Compact Disc)


call to order
This is the concluding volume of the history of the IV SS-Panzerkorps, a relatively unknown organization that was born in battle during the last year of the war and fought exclusively on the Eastern Front. After their successful defense of Warsaw and the Vistula Front during the fall of 1944, the corps and its two famous Waffen-SS divisions, the Totenkopf and Wiking, as well as several divisions of the German Army, were sent south to reverse the military situation on the Hungarian Front. Follow General Gille and his divisions as they try to relieve Budapest against impossible odds, defend the tactically important town of Stuhlweissenburg, and fight in Germany's last major offensive, Operation Fr hlingserwachsen. Learn how this SS tank corps, during the closing days of the war in Europe, fought massive tank battles, conducted grim rear-guard actions, and carried out night assaults against a numerically superior enemy who was determined to crush the Third Reich no matter the cost. After its failure to defend Vienna, the only course remaining for Gille and his men was a long and costly retreat, ending only with capitulation to the US Army and an uncertain future.