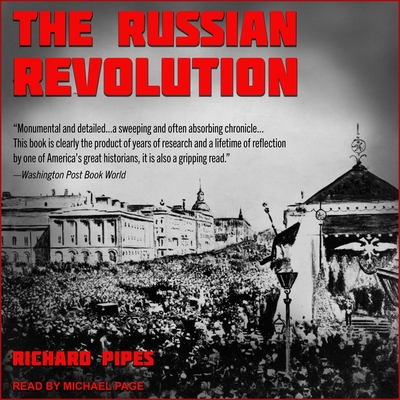 
Currently Unavailable
Groundbreaking in its inclusiveness, enthralling in its narrative of a movement whose purpose, in the words of Leon Trotsky, was to overthrow the world, The Russian Revolution draws conclusions that have aroused great controversy in this country. Richard Pipes argues convincingly that the Russian Revolution was an intellectual, rather than a class, uprising; that it was steeped in terror from its very outset; and that it was not a revolution at all but a coup d'etat--the capture of governmental power by a small minority.