The Psychopath Inside: A Neuroscientist's Personal Journey Into the Dark Side of the Brain (MP3 CD) 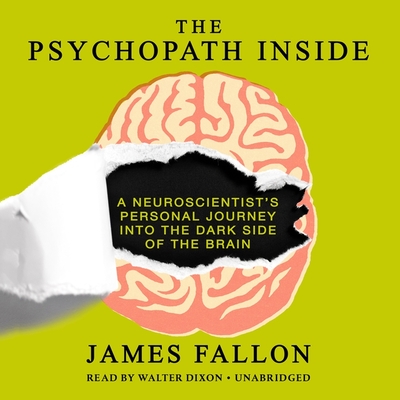 The Psychopath Inside: A Neuroscientist's Personal Journey Into the Dark Side of the Brain (MP3 CD)


Currently Unavailable
The memoir of a neuroscientist whose research led him to a bizarre personal discovery James Fallon had spent an entire career studying how our brains affect our behavior when his research suddenly turned personal. While studying brain scans of several family members, he discovered that one perfectly matched a pattern he'd found in the brains of serial killers. This meant one of two things: Either his family's scans had been mixed up with those of felons or someone in his family was a psychopath. Even more disturbing: The scan in question was his own. This is Fallon's account of coming to grips with this discovery and its implications. How could he, a happy family man who had never been prone to violence, be a psychopath? How much did his biology influence his behavior? Fallon shares his journey to answer these questions and the discoveries that ultimately led to his conclusion: Despite everything science can teach, humans are even more complex than we can imagine.