Russia in the Shadows (Paperback) 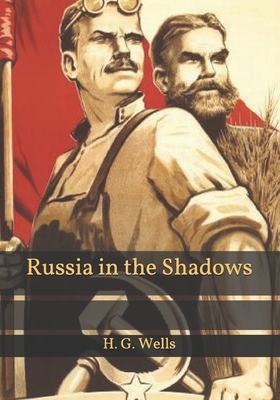 In January 1914 I visited Petersburg and Moscow for a couple of weeks; in September 1920 I wasasked to repeat this visit by Mr. Kameney, of the Russian Trade Delegation in London. I snatched atthis suggestion, and went to Russia at the end of September with my son, who speaks a littleRussian. We spent a fortnight and a day in Russia, passing most of our time in Petersburg, where wewent about freely by ourselves, and were shown nearly everything we asked to see. We visitedMoscow, and I had a long conversation with Mr. Lenin, which I shall relate. In Petersburg I did notstay at the Hotel International, to which foreign visitors are usually sent, but with my old friend, Maxim Gorky. The guide and interpreter assigned to assist us was a lady I had met in Russia in 1914, the niece of a former Russian Ambassador to London. She was educated at Newnham, she has beenimprisoned five times by the Bolshevist Government, she is not allowed to leave Petersburg becauseof an attempt to cross the frontier to her children in Esthonia, and she was, therefore, the lastperson likely to lend herself to any attempt to hoodwink me. I mention this because on every handat home and in Russia I had been told that the most elaborate camouflage of realities would go on, and that I should be kept in blinkers throughout my visit.As a matter of fact, the harsh and terrible realities of the situation in Russia cannot becamouflaged. In the case of special delegations, perhaps, a certain distracting tumult of receptions, bands, and speeches may be possible, and may be attempted. But it is hardly possible to dress uptwo large cities for the benefit of two stray visitors, wandering observantly often in differentdirections. Naturally, when one demands to see a school or a prison one is not shown the worst.Any country would in the circumstances show the best it had, and Soviet Russia is no exception.One can allow for that.Our dominan.