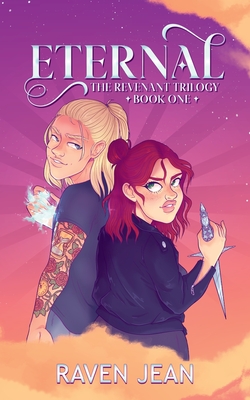 
Ships to Our Store in 1-5 Days
(This book cannot be returned)
Amber Jones' world was turned upside down two months ago after a brutal attack that nearly killed her best friend. She has spent the time since trying her best to heal, while dealing with the repercussions of that night.

When she finds herself in a handsome stranger's apartment after yet another brutal attack-this time with Amber herself as the target-she begins to learn that the world as she knows it is not quite what it seems.

Enigmatic stranger Andrew Norta offers her a deal: help him find the perpetrator behind a recent slew of attacks in the city, and he will offer her his protection in exchange. She knows it's foolish to accept, but she finds she can't stay away from this male who makes her feel things she has never felt before.

The more time Amber spends with Andrew, the more her eyes are opened to the truths of their world, and the more their undeniable chemistry grows. As things in Haven City become more dangerous than either of them could have ever expected, Amber finds herself more and more drawn to Andrew, who seems to have more secrets himself than the mystery they are investigating.

Time is running out to find the person behind the attacks in Haven City, and the truth behind the male who seems intent on not only possessing Amber's heart, but her very soul, too.

Eternal contains some scenes that may not be suitable for audiences, including adult romance scenes and graphic violence. Eternal is a New Adult Romance, intended for audiences 18 years and older.