Bank Square Books and Savoy Bookshop & Café are delighted to present our Holiday Gift Guide Book Signing Series. Purchase a personalized book as a gift for a loved one, and we'll gift wrap and mail it to them for free! If you can't attend the event, you can purchase the book online and let us know in the comments if you'd like it signed or personalized. We'll take care of the rest! 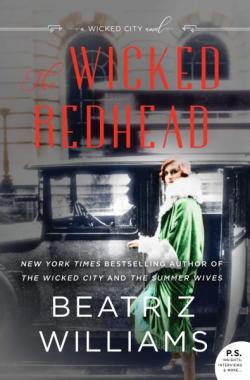 For People Who Love: Women's Fiction

The dazzling narrator of The Wicked City brings her mesmerizing voice and indomitable spirit to another Jazz Age tale of rumrunners, double crosses, and true love, spanning the Eastern seaboard from Florida to Long Island to Halifax, Nova Scotia.

1924. Ginger Kelly wakes up in tranquil Cocoa Beach, Florida, having fled south to safety in the company of disgraced Prohibition agent Oliver Anson Marshall and her newly-orphaned young sister, Patsy. But paradise is short-lived. Marshall is reinstated to the agency with suspicious haste and put to work patrolling for rumrunners on the high seas, from which he promptly disappears. Gin hurries north to rescue him, only to be trapped in an agonizing moral quandary by Marshall’s desperate mother.

1998. Ella Dommerich has finally settled into her new life in Greenwich Village, inside the same apartment where a certain redheaded flapper lived long ago...and continues to make her presence known. Having quit her ethically problematic job at an accounting firm, cut ties with her unfaithful ex-husband, and begun an epic love affair with Hector, her musician neighbor, Ella’s eager to piece together the history of the mysterious Gin Kelly, whose only physical trace is a series of rare vintage photograph cards for which she modeled before she disappeared.

Two women, two generations, two urgent quests. But as Ginger and Ella track down their separate quarries with increasing desperation, the mysteries consuming them take on unsettling echoes of each other, and both women will require all their strength and ingenuity to outwit a conspiracy spanning decades 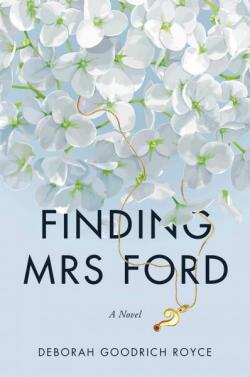 For People Who Love: Thrillers

On a sunny summer morning by the sea in New England, Susan Ford’s cocoon of privilege is threatened when an Iraqi man from her distant past boards a plane in Baghdad to come find her.

Mrs. Ford leads a privileged life. From her Blenheim spaniels to her cottage on the coast of Watch Hill, Rhode Island, she carefully curates her world. Hair in place, house in place, life in place, Susan Ford keeps it under control.

Early one morning in the summer of 2014, the past pays a call to collect. The FBI arrives to question her about a man from Iraq—a Chaldean Christian from Mosul—where ISIS has just seized control. Sammy Fakhouri, they say, is his name and they have taken him into custody, picked up on his way to her house.

Back in the summer of 1979, on the outskirts of a declining Detroit, college coed Susan meets charismatic and reckless Annie. They are an unlikely pair of friends but they each see something in the other—something they’d like to possess. Studious Susan is a moth to the flame that is Annie. Yet, it is dazzling Annie who senses that Susan will be the one who makes it out of Detroit.

Together, the girls navigate the minefields of a down-market disco where they work their summer jobs. It’s a world filled with pretty girls and powerful men, some of whom—like Sammy Fakhouri—happen to be Iraqi Chaldeans.

What happened in that summer of 1979 when Susan and Annie met? Why is Sammy looking for Susan all these years later? And why is Mrs. Ford lying?

Named one of the five must-read summer mysteries for 2019 by forbes.com

On a sunny summer morning by the sea in New England, Susan Ford’s cocoon of privilege is threatened when an Iraqi man from her distant past boa

The dazzling narrator of The Wicked City brings her mesmerizing voice and indomitable spirit to another Jazz Age tale of rumrunners, double crosses, and true love, spanning the Eastern seaboard from Florida to Long Island to Halifax, Nova Scotia.