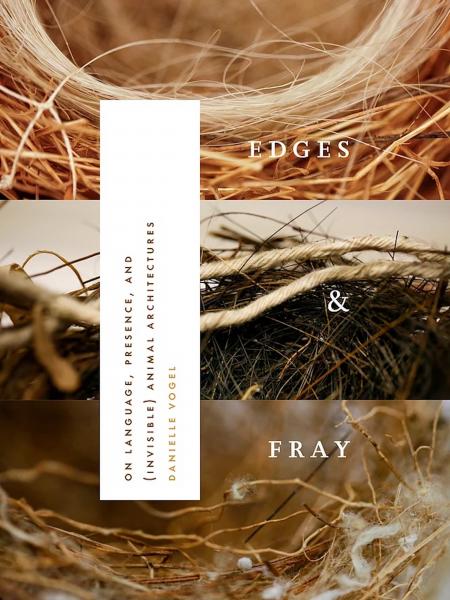 EDGES & FRAY is an embodied meditation on the ways we build and inhabit language. Interweaving close observation of the material composition of birds' nests with a delicate examination of what it means to be a writer and a reader, Danielle Vogel attunes us to the hardly noticed but fundamental threads by which we entangle ourselves into the world. The frayed edges of consciousness are carefully arranged to open and respond to the presence of others, to shift and rearrange with every reading. Experimental and deeply grounded, this work is lyrical and patient. The text creates overlapping ecological fields, wherein each field is a system always in a state of becoming. Finding its strength in fragility, Edges & Fray is personal without feeling private, experimental without feeling programmatic. Its construction is intuitive and masterful, its many threads interwoven and intrinsically linked. This is a beautiful and inspiring book at the intersection of poetry, somatics, ecology, and divination.

Vogel is a professor at Wesleyan University, where she teaches workshops in poetry, creative nonfiction, and composing across the arts. She also runs a private practice as an herbalist through which she offers consultations and botanical remedies. Vogel makes her home in Connecticut on the ancestral lands of the Hammonassets and Wappinger peoples, with her partner, the writer and artist, Renee Gladman. 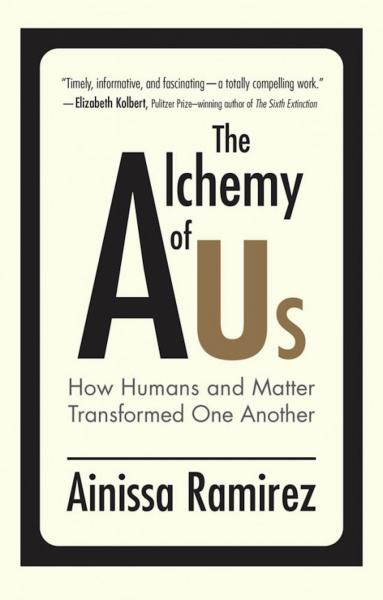 About The Alchemy of Us

In the bestselling tradition of Stuff Matters and The Disappearing Spoon: a clever and engaging look at materials, the innovations they made possible, and how these technologies changed us. Finalist for the 41st Los Angeles Times Book Award in Science and Technology and selected as one of the Best Summer Science Books Of 2020 by Science Friday.

In The Alchemy of Us, scientist and science writer Ainissa Ramirez examines eight inventions—clocks, steel rails, copper communication cables, photographic film, light bulbs, hard disks, scientific labware, and silicon chips—and reveals how they shaped the human experience. Ramirez tells the stories of the woman who sold time, the inventor who inspired Edison, and the hotheaded undertaker whose invention pointed the way to the computer. She describes, among other things, how our pursuit of precision in timepieces changed how we sleep; how the railroad helped commercialize Christmas; how the necessary brevity of the telegram influenced Hemingway's writing style; and how a young chemist exposed the use of Polaroid's cameras to create passbooks to track black citizens in apartheid South Africa. These fascinating and inspiring stories offer new perspectives on our relationships with technologies.

Ramirez shows not only how materials were shaped by inventors but also how those materials shaped culture, chronicling each invention and its consequences—intended and unintended. Filling in the gaps left by other books about technology, Ramirez showcases little-known inventors—particularly people of color and women—who had a significant impact but whose accomplishments have been hidden by mythmaking, bias, and convention. Doing so, she shows us the power of telling inclusive stories about technology. She also shows that innovation is universal—whether it's splicing beats with two turntables and a microphone or splicing genes with two test tubes and CRISPR.

Ainissa Ramirez is a materials scientist and sought-after public speaker and science communicator. A Brown and Stanford graduate, she has worked as a research scientist at Bell Labs and held academic positions at Yale University and MIT. She has written for Time, Scientific American, the American Scientist, and Forbes, and makes regular appearances on PBS's SciTech Now. 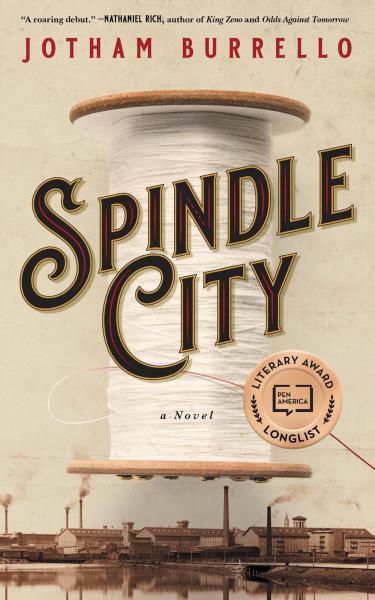 Longlisted for the 2021 PEN/Hemingway Award for Debut Novel

On June 23, 1911—a summer day so magnificent it seems as if God himself has smiled on the town—Fall River, Massachusetts, is reveling in its success. The Cotton Centennial is in full swing as Joseph Bartlett takes his place among the local elite in the parade grandstand. The meticulously planned carnival has brought the thriving textile town to an unprecedented halt; rich and poor alike crowd the streets, welcoming President Taft to America’s “Spindle City.”

Yet as he perches in the grandstand nursing a nagging toothache, Joseph Bartlett straddles the divide between Yankee mill owners and the union bosses who fight them. Bartlett, a renegade owner, fears the town cannot long survive against the union-free South. He frets over the ever-present threat of strikes and factory fires, knowing his own fortune was changed by the drop of a kerosene lantern. When the Cleveland Mill burned, good men died, and immigrant’s son Joseph Bartlett gained a life of privilege he never wanted.

Spindle City delves deep into the lives, loves, and fortunes of real and imagined mill owners, anarchists, and immigrants, from the Highlands mansions to the tenements of the Cogsworth slum, chronicling a mill town’s—and a generation’s—last days of glory.

Jotham Burrello is a writer, teacher, publisher, farmer, and multimedia producer. He is the author of the Writers’ e-Handbook and producer of So, Is It Done? Navigating the Revision Process. Other writing has appeared in literary journals, the Christian Science Monitor, and he’s a proud winner of the New Yorker Caption Contest. He teaches writing at Central Connecticut State University, directs the Yale Writers’ Workshop and the Connecticut Literary Festival, curates the Roar Reading Series, and is the publisher of the award-winning Elephant Rock Books. He and his wife raise boys and flowers on Muddy Feet Flower Farm in Ashford, Connecticut.

The Alchemy of Us: How Humans and Matter Transformed One Another (Paperback)

In the bestselling tradition of Stuff Matters and The Disappearing Spoon: a clever and engaging look at materials, the innovations they made possible, and how these technologies changed us. Finalist for the 41st Los Angeles Times Book Award in Science and Technology and selected as one of the Best Summer Science Books Of 2020 by Science Friday.

Longlisted for the 2021 PEN/Hemingway Award for Debut Novel

Poetry, prose, and photographs, explore the edges of language

not the format on the page
writing is the retrieval
of material ---- to produce a desired, shape
as open: archiving
the word architecture
build within the space of this
thought . sound, shaped
into series becomes
sentence and series