BSB: Dan Szczesny (The White Mountain) Presentation about the history of Mount Washington, followed by a book signing 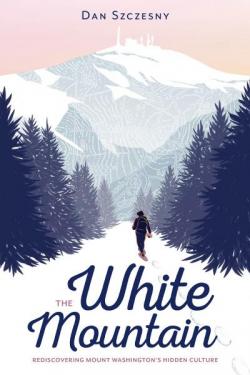 Bank Square Books presents a presentation about the history of Mount Washington, followed by a book signing with Dan Szczesny (The White Mountain). This event is free and open to the public.

Over the course of one calendar year, journalist Dan Szczesny explored the history and mystique of New England’s tallest mountain. But Mount Washington is more than just a 6,288-foot rock pile; the mountain is the cultural soul of climbers, hikers, and tourists from around the world.

Szczesny’s research took him outside of the archives; he was on the team of a ninety-seven-year-old ultra-runner, he dressed as Walt Whitman and read poetry while hiking up the mountain, and he spent a week in winter cooking for the scientists at the observatory. In The White Mountain, Szczesny turns a veteran journalist’s eye toward exploring Mount Washington’s place in the collective consciousness of the country and how this rugged landscape has reflected back a timeless history of our obsession and passion for exploration and discovery.

Dan Szczesny is a long-time journalist and author living in New Hampshire. His books include The Adventures of Buffalo and Tough Cookie, a hiking memoir about a one year, 225-mile journey through some of New Hampshire’s least known wilderness with his ten-year-old foster daughter; The Nepal Chronicles, about a month long trek to Everest Base Camp and marriage in Kathmandu; Mosquito Rain: Alaskan Travel Essays; and Sing and Other Short Stories, which includes a variety of short fiction spanning Dan’s twenty-five year career as a writer and journalist.

Dan began his career in Buffalo, New York. Since then, he has written for a wide variety of regional and national publications, including the Main Line Times, Philadelphia Weekly, Christian Science Monitor, Princeton Packet, Pennsylvania Magazine, all4woman,com, Yahoo! Parenting and Huffington Post.

He’s a member of the Appalachian Mountain Club’s 4,000-footer club and has written extensively about the outdoors and hiking. He has camped in the Grand Canyon, hiked England’s Coast to Coast Trail, and trekked to Everest Base Camp in Nepal. He's also traveled to India and Turkey with his ten-month-old daughter. For more, check out: www.danszczesny.com.

"Informative, funny, and full of fascinating characters . . . Dan Szczesny bushwhacks a fresh, new, wonder-filled trail. From the foreword by Rebecca Rule Over the course of one calendar year, journalist Dan Szczesny explored the history and mystique of New England s tallest mountain.