BSB: John Glynn (Out East) In Conversation with Madeleine Blais (To the New Owners) 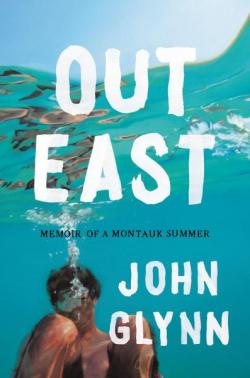 Bank Square Books presents local author John Glynn (Out East) in conversation with Madeleine Blais (To the New Owners). This event is free and open to the public.

They call Montauk the end of the world, a spit of land jutting into the Atlantic. The house was a ramshackle split-level set on a hill, and each summer thirty one people would sleep between its thin walls and shag carpets. Against the moonlight the house's octagonal roof resembled a bee's nest. It was dubbed The Hive.

In 2013, John Glynn joined the share house. Packing his duffel for that first Memorial Day Weekend, he prayed for clarity. At 27, he was crippled by an all-encompassing loneliness, a feeling he had carried in his heart for as long as he could remember. John didn't understand the loneliness. He just knew it was there. Like the moon gone dark.

Out East is the portrait of a summer, of the Hive and the people who lived in it, and John's own reckoning with a half-formed sense of self. From Memorial Day to Labor Day, The Hive was a center of gravity, a port of call, a home. Friendships, conflicts, secrets and epiphanies blossomed within this tightly woven friend group and came to define how they would live out the rest of their twenties and beyond.

Blending the sand-strewn milieu of George Howe Colt's The Big House, the radiant aching of Olivia Liang's The Lonely City, Out East is a keenly wrought story of love and transformation, longing and escape in our own contemporary moment.

John Glynn is an editor at Hanover Square Press, an imprint of HarperCollins. He grew up in Longmeadow, Massachusetts and lives in New York City. Out East is his first book.

About To the New Owners

In the 1970s, Madeleine Blais’s in-laws purchased a vacation house on Martha’s Vineyard. A little more than two miles down a dirt road, it had no electricity or modern plumbing, the roof leaked, and mice had invaded the walls. It was perfect.

Sitting on Tisbury Great Pond—well-stocked with delicious oysters and crab—the house faced the ocean and the sky. Though improvements were made, the ethos remained the same: no heat, television, or telephone. Instead, there were countless hours at the beach, meals cooked and savored with friends, nights talking under the stars, until, in 2014, the house was sold.

To the New Owners is Madeleine Blais’s “witty and charming . . . deeply felt memoir” of this house, and of the Vineyard itself, from the history of the island and its famous visitors, to the ferry, the pie shops, the quirky charms and customs, and the abundant natural beauty. But more than that, this is an elegy for a special place—a retreat that held the intimate history of her family (The National Book Review).

Madeleine Blais was a reporter for the Miami Herald for years before joining the faculty of the School of Journalism at the University of Massachusetts. She is the author of In These Girls, Hope is a Muscle, Uphill Walkers, and The Heart Is an Instrument, a collection of her journalism.

Out East: Memoir of a Montauk Summer (Hardcover)

An "extraordinary" debut memoir of first love, identity, and self-discovery among a group of friends who became family in a Montauk summer house (Andrew Solomon, National Book Award winner).