Books will be available for purchase during the event. This talk will be moderated by Ruth W. Crocker. 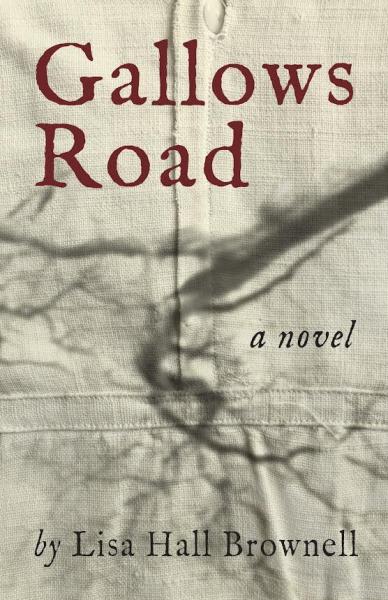 A beautiful young woman is condemned to death for a crime that she swears that she didn’t commit. Inspired by true events in New London, Connecticut in the 1750s, the novel GALLOWS ROAD is told through the voice of a servant, Mercy Bramble. Sent to live in a remote farmhouse, the 17-year-old finds herself in a destructive relationship with her 27-year-old master. The mysterious death of her newborn puts Mercy’s life in the hands of a jury while three ministers — and a group known as Children of God — all fight to save her soul. Indentured servants — white or Native American men and women who often worked alongside black slaves — were forbidden to marry during the seven years they were bonded to service. Illegitimate births were common, and unwed mothers faced heavy fines and extended servitude. This setting of multi-racial households in colonial New England sheds light on an important chapter in our American past. The story builds to a climax that Kirkus Reviews has called “a nail- biter all the way.”

LISA HALL BROWNELL, a fiction writer and editor, believes that stories have the power to connect one person to another, and past to present. GALLOWS ROAD is her first novel. She also has written screenplays and short stories and is working on a second novel. A former media director for Mystic Seaport Museum and director of publications for Connecticut College, Brownell was editor of the award-winning CC: Magazine. She graduated from Brown University, and earned an M.A. in English with a concentration in creative writing from San Francisco State University. She now lives in Ledyard, Connecticut. A member of the Mystic Writers, she helped to launch the group’s website and blog. https://mysticwriters.org .

Ruth is focused on writing, and teaching the writing process, especially with aspiring writers who have personal stories they would like to share. She received an MFA in Creative Nonfiction from Bennington College, a PhD in Nutrition and Human Development from the University of Connecticut, and a Master of Education from Tufts University. Among numerous publications, her essay Sam’s Way, originally published in the Gettysburg Review, was listed in Best American Essays 2013, and an excerpt from her memoir, Those Who Remain: Remembrance and Reunion After War,  was nominated for a Pushcart Prize. She serves as Chair of the Women & Girls Fund of the Community Foundation of Eastern Connecticut and as national newsletter editor of the Gold Star Wives of America. She lives and writes in Mystic, Connecticut.