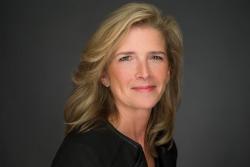 Bank Square Books presents an open house book signing with local author Penny Goetjen (Murder Returns to the Precipice). This event is free and open to the public.

When murder checks in, the inn’s dark past resurfaces.

Elizabeth Pennington returns to her roots to reopen her family’s historic inn, which she lovingly restored to its New England charm after a powerful hurricane nearly destroyed it. Unseen forces, however, seem hell-bent on derailing her efforts, or worse—taking her out of the picture. The untimely death of a young female guest in the inn’s fitness center appears to be a tragic accident until authorities investigate and find there is more than meets the eye. When a second body is discovered, Elizabeth fears the worst—a killer in their midst. Feeling the strain from a mountain of debt and the pressure to carry on in her grandmother’s footsteps as keeper at the popular inn, Elizabeth is crushed when the town begins foreclosure proceedings, yet remains steadfast in her quest to carry on her family’s legacy—until the killer comes after her.

National award-winning author Penny Goetjen writes murder mysteries where the milieus play as prominent a role as the engaging characters. A self-proclaimed eccentric known for writing late into the night, transfixed by the allure of flickering candlelight, Ms. Goetjen embraces the writing process, unaware what will confront her at the next turn. She rides the journey with her characters, often as surprised as her readers to see how the story unfolds. Fascinated with the paranormal, she usually weaves a subtle, unexpected twist into her stories. When her husband is asked how he feels about his wife writing murder mysteries, he answers with a wink, “I sleep with one eye open.”
Event date:
Saturday, November 23, 2019 - 1:00pm to 3:00pm
Event address:
Bank Square Books
53 W Main St
Mystic, CT 06355

Murder Returns to the Precipice (Paperback)

Returning to her roots on the rocky, tumultuous coast of Maine with her love interest Kurt Mitchell, Elizabeth Pennington reopens her family's historic inn, which she lovingly restored to its New England charm after a powerful hurricane nearly destroyed it. Unseen forces, however, seem hell-bent on derailing her efforts, or worse--taking her out of the picture.