BSB: Siblings Reading with Maureen Pilkington (This Side of Water) and Kevin Pilkington (Where You Want to Be)

Bank Square Books presents a reading and book signing featuring New York writers and siblings Maureen Pilkington (This Side of Water) and Kevin Pilkington (Where You Want to Be). This event is free and open to the public.

About Maureen Pilkington (This Side of Water) 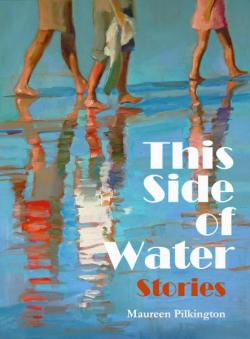 Maureen Pilkington has always been writing, often in secret. At twelve, she read a Ray Bradbury story in a textbook called Thrust about a classroom on Venus where the sun only comes out for two hours every seven years. Margot, a washed-out looking girl from earth, is bullied for being the only one who hates the rain. Just before the sun comes out, the other kids lock Margot in the closet and forget about her while they play outside, their faces turned toward the sun. Ever since that short clip of rain-free time on Bradbury’s Venus, when the silence was so immense and unbelievable that you felt your ears had been stuffed, Pilkington has been under the power of words, and water.

About This Side of Water: In This Side of Water, Maureen Pilkington’s bright debut collection, precise and vivid language delivers flawed characters to their moments of reckoning. A married woman goes to the cemetery to resurrect her father; a young girl at a beach club witnesses her parents’ infidelity; an icy New Year’s Eve leads a devoted husband to violent clarity; a teenager spies on her mother and a Catholic priest; a Russian “dancer” visits her American husband and plays a dangerous game. In these sixteen stories, the backdrop of water—the Long Island Sound, the sulfur polluted Monangahela River, a koi pond, a basin of holy water, a tear in a boy’s eye—provides a salve for these characters, ferrying them to personal ports of renewal and resolution.

About Kevin Pilkington (Where You Want to Be) 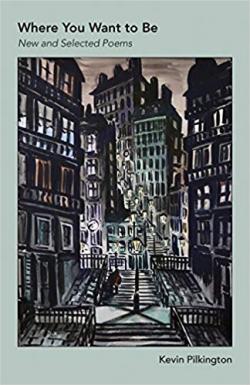 Kevin Pilkington is a member of the writing faculty at Sarah Lawrence College. He is the author of six poetry collections: Spare Change (1997) was the La Jolla Poets Press National Book Award winner; Ready to Eat the Sky (River City Press, 2004) was a finalist for an Independent Publishers Books Award; IN THE EYES OF A DOG (NYQ Books, 2009) won the 2011 New York Book Festival Award and THE UNEMPLOYED MAN WHO BECAME A TREE (Black Lawrence Press, 2011) was a Milt Kessler Poetry Book Award finalist. WHERE YOU WANT TO BE: NEW AND SELECTED POEMS (Black Lawrence Press, 2016) is his latest collection. His poetry has appeared in many anthologies including: Birthday Poems: A Celebration, Western Wind, and Contemporary Poetry of New England.

Over the years, he has been nominated for four Pushcarts. His poems have appeared in magazines including The Harvard Review, Poetry, Ploughshares, Iowa Review, Boston Review, Yankee, Hayden's Ferry, Columbia and North American Review. He has taught and lectured at numerous colleges and universities, including The New School, Manhattanville College, MIT, University of Michigan, Susquehanna University, Saint Vincent College. His debut novel Summer Shares was published by ArcheBooks Publishing in 2012 and a paperback edition was reissued in summer 2014. He recently completed a second novel and is working on a new collection of poems.

About Where You Want to Be:  "This is a poet unafraid of being understood, who will not hide behind decorativeness or the oblique. Read these poems aloud and you will hear an authentic and quintessentially American voice not only writing but also speaking to you."—Thomas Lux

"I take guilty pleasure in the poems of Kevin Pilkington, and consider him an essential voice in contemporary poetry."—Jay Parini

"In this rich collection of tender poems, he celebrates the small consolations of daily life that offer spiritual relief in the face of disappointment and loss. There are no easy epiphanies here-just one poet working as hard as he can to get through daily life with dignity and grace."—Jim Daniels

This Side of Water: Stories (Paperback)

In This Side of Water, Maureen Pilkington’s bright debut collection, precise and vivid language delivers flawed characters to their moments of reckoning.

Where You Want to Be: New and Selected Poems (Paperback)

Poetry. "This is a poet unafraid of being understood, who will not hide behind decorativeness or the oblique. Read these poems aloud and you will hear an authentic and quintessentially American voice not only writing but also speaking to you." Thomas Lux