Savoy Bookshop & Café presents an author talk and Q&A with Diana Goetsch for the new book, This Body I Wore. 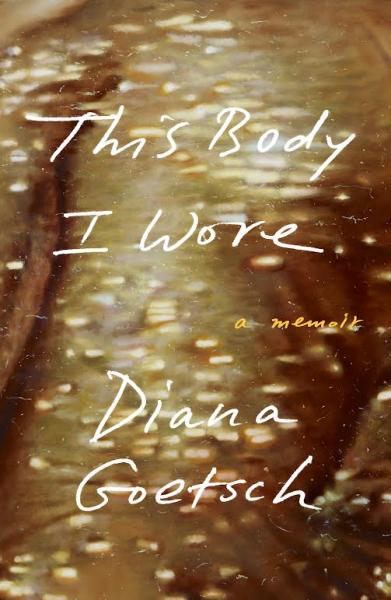 Long before Laverne Cox appeared on the cover of Time, far removed from drag and ballroom culture, there were countless trans women living and dying as men, most of whom didn’t even know they were trans. Diana Goetsch’s This Body I Wore chronicles one woman’s long journey to coming out, a path that runs parallel to the emergence of the trans community over the past several decades.

“How can you spend your life face-to-face with an essential fact about yourself and still not see it?” This is a question often asked of trans people, and a question that Goetsch, an award-winning poet and essayist, addresses with the power and complexity of lived reality. She brings us into her childhood, her time as a dynamic and beloved teacher at New York City’s Stuyvesant High School, and her plunge into the city’s crossdressing subculture in the 1980s and ’90s. Under cover of night, crossdressers risked their jobs and their safety to give expression to urges they could neither control nor understand. Many would become late transitioners, the Cinderellas of the trans community largely ignored by history.

Goetsch has written not a transition memoir, but rather a full account of a trans life, one both unusually public and closeted. All too often trans lives are reduced to before-and-after photos, but what if that before photo lasted fifty years?

Pronounced “achingly beautiful” in a review by The New York Times

Diana Goetsch is an American poet and essayist. Her poems have appeared widely, in The New Yorker, Poetry, The Gettysburg Review, Ploughshares, The Best American Poetry, and the Pushcart Prize anthology, and in the collections Nameless Boy and In America, among others. She also wrote the “Life in Transition” blog at The American Scholar. Her honors include fellowships from the National Endowment for the Arts, the New York Foundation for the Arts, and the New School, where she served as the Grace Paley Teaching Fellow. For twenty-one years Goetsch was a New York City public school teacher, at Stuyvesant High School and at Passages Academy in the Bronx, where she ran a creative writing program for incarcerated teens.

This Body I Wore: A Memoir (Hardcover)

A captivating memoir of one woman’s long journey to late transition, as the trans community emerges alongside her.