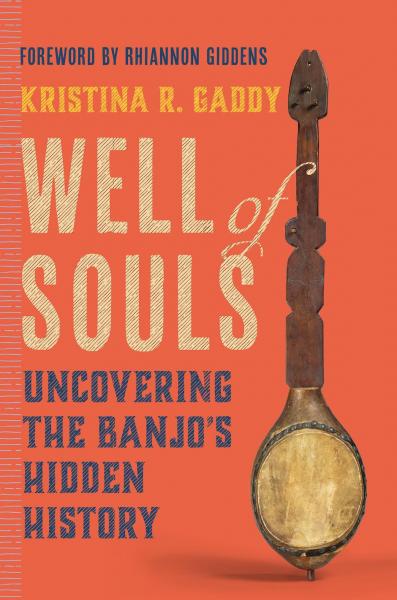 In an extraordinary story unfolding across two hundred years, Kristina Gaddy uncovers the banjo's key role in Black spirituality, ritual, and rebellion. Through meticulous research in diaries, letters, archives, and art, she traces the banjo's beginnings from the seventeenth century, when enslaved people of African descent created it from gourds or calabashes and wood. Gaddy shows how the enslaved carried this unique instrument as they were transported and sold by slaveowners throughout the Americas, to Suriname, the Caribbean, and the colonies that became U.S. states, including Louisiana, South Carolina, Maryland, and New York.

African Americans came together at rituals where the banjo played an essential part. White governments, rightfully afraid that the gatherings could instigate revolt, outlawed them without success. In the mid-nineteenth century, Blackface minstrels appropriated the instrument for their bands, spawning a craze. Eventually the banjo became part of jazz, bluegrass, and country, its deepest history forgotten.

Kristina R. Gaddy is the author of Well of Souls: Uncovering the Banjo’s Hidden History and Flowers in the Gutter: The True Story of the Edelweiss Pirates, Teenagers Who Resisted the Nazis. She has received the Parsons Fund Award from the Library of Congress, a Logan Nonfiction Fellowship, and a Robert W. Deutsch Foundation Rubys Artist Grant. Her writing has appeared in The Washington Post, Baltimore Sun, Washington City Paper, Baltimore magazine, Narratively, Proximity, Atlas Obscura, and OZY, among other publications. She lives in Baltimore with her partner Pete Ross and their cat.

An illuminating history of the banjo, revealing its origins at the crossroads of slavery, religion, and music.