Bank Square Books presents an author talk and Q&A with Lauren Acampora in conversation with Mona Awad for the new book, The Hundred Waters. 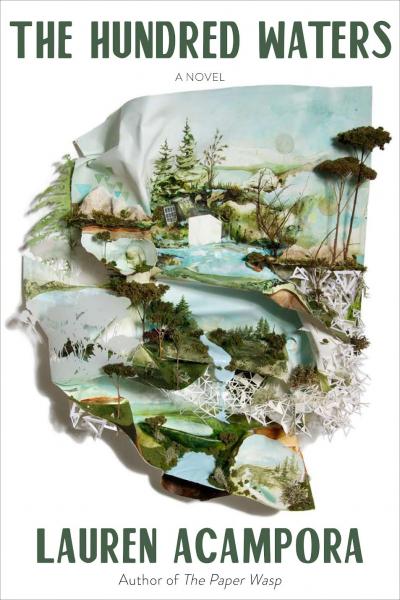 Formerly a model and photographer trying to make it in New York, Louisa Radar is back in her affluent hometown of Nearwater, Connecticut, where she’s married to a successful older architect, raising a preteen daughter, and trying to vitalize the provincial local art center. As the years pass, she’s grown restless in her safe and comfortable routine, haunted by the flash of the life she used to live. When intense and intriguing young artist-environmentalist Gabriel arrives in town with his aristocratic family, his impact on the Raders has hothouse effects. As Gabriel pushes to realize his artistic vision for the world, he pulls both Louisa and her daughter Sylvie under his spell, with consequences that disrupt the Raders’ world forever.

The Hundred Waters is a sexy and sinister page-turner set against a backdrop of tennis courts and glistening pools by a writer who has earned comparisons to Wharton, Cheever and O’Connor. Following her critically acclaimed novel The Paper Wasp Lauren Acampora has delivered yet another novel of art, obsession, and the desire for fulfillment at all costs.

Lauren Acampora is the author of The Wonder Garden, winner of the GLCA New Writers Award and a finalist for the New England Book Award; and The Paper Wasp, longlisted for the Center for Fiction’s First Novel Prize. She is a 2021 NYSCA/NYFA Artist Fellow in Fiction from The New York Foundation for the Arts. Her writing has appeared in the Paris Review, Guernica, the New York Times Book Review, and LitHub, among other places. She lives in Westchester County, New York with her husband, artist Thomas Doyle, and their daughter.

Mona Awad is the author of the novel, Bunny, named a Best Book of 2019 by TIME, Vogue, and the New York Public Library. It was a finalist for the New England Book Award and a Goodreads Choice Award for Best Horror. It is currently in development for film with Jenni Konner and New Regency Productions. Awad's first novel, 13 Ways of Looking at a Fat Girl, was a finalist for the Scotiabank Giller Prize, winner of the Colorado Book Award and the Amazon Canada First Novel Award. Her writing has appeared in The New York Times Magazine, Vogue, TIME, McSweeney's, Ploughshares, and elsewhere. She teaches fiction at Syracuse University. Her latest novel, All's Well, will be out in paperback August 2, 2022 with Simon and Schuster.

Celebrated by the Boston Globe as "a brilliant anthropologist of the suburbs," the deliciously weird and darkly offbeat Lauren Acampora returns to the secret lives of the polished Connecticut haven that got us all hooked on NPR Best Book of the Year The Wonder Garden, and jolts us with the sparks that fly when those lives collide

From the author of Bunny, which Margaret Atwood hails as “genius,” comes a “wild, and exhilarating” (Lauren Groff) novel about a theater professor who is convinced staging Shakespeare’s most maligned play will remedy all that ails her—but at what cost?