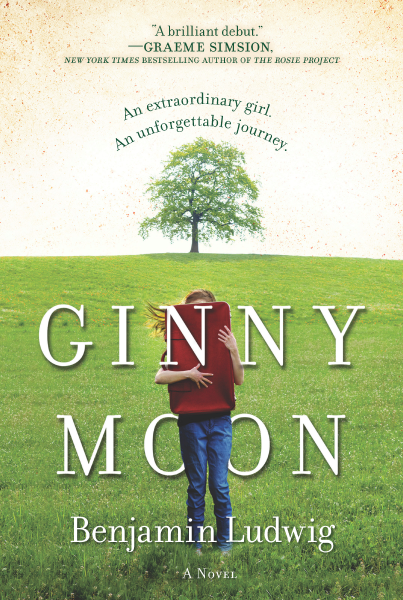 Otis Library in Norwich and Bank Square Books present a Delicious Discussions luncheon with Benjamin Ludwig for his novel Ginny Moon. Tickets for this event are $40 and include an author talk and signing, a copy of the book and a buffet lunch at Michael Jordan's Steak House at Mohegan Sun. This event will take place at noon on January 25 and requires preregistration.

Delicious Discussion Author Series is a partnership between Otis Library, Bank Square Books and Michael Jordan's Steak House at Mohegan Sun. Email jmenders@otislibrarynorwich.org or click the link above to RSVP.

About the Book
Full of great big heart and unexpected humor, Ludwig's debut introduces the lovable, wholly original Ginny Moon who discovers a new meaning of family on her unconventional journey home.

Ginny Moon is exceptional. Everyone knows it—her friends at school, teammates on the basketball team, and especially her new adoptive parents. They all love her, even if they don't quite understand her. They want her to feel like she belongs.

What they don't know is that Ginny has no intention of belonging. She's found her birth-mother on Facebook, and is determined to get back to her—even if it means going back to a place that was extremely dangerous. Because Ginny left something behind and she's desperate to get it back, to make things right.

But no one listens. No one understands. So Ginny takes matters into her own hands…

Benjamin Ludwig's whip-smart, unforgettable novel is an illuminating look at one girl's journey to find her way home and one of the freshest debuts in years.

About the Author
A life-long teacher of English and writing, Benjamin Ludwig lives in New Hampshire with his family. He holds an MAT in English Education and an MFA in Writing. Shortly after he and his wife married they became foster parents and adopted a teenager with autism. Ginny Moon is his first novel. His website is available at www.benjaminludwig.com, and he tweets @biludwig.