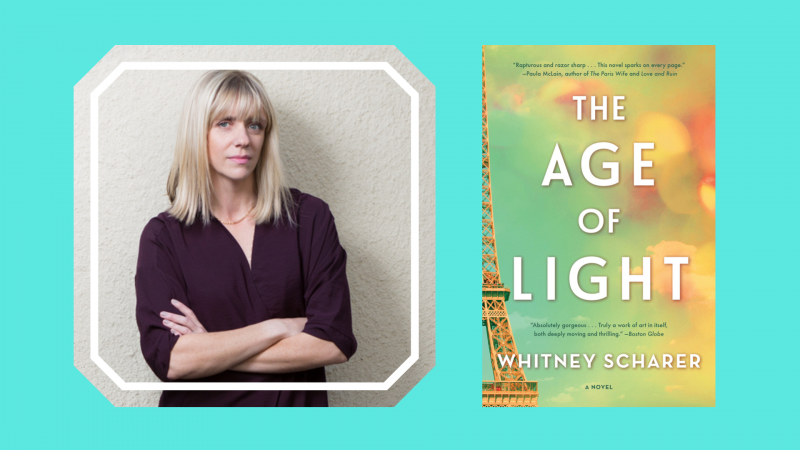 Otis Library in Norwich and Bank Square Books present a Delicious Discussions author luncheon with Whitney Scharer in celebration of her novel The Age of Light. Tickets for this event are $40 and include an author talk and signing, a signed paperback copy of The Age of Light and a buffet lunch at Michael Jordan's Steak House at Mohegan Sun. This event requires pre-registration.

Told in the alternating timelines of 1930s Paris and the battlefields of WWII, this "rapturous and razor sharp" debut novel brings to light the life of Lee Miller, a little known but fearlessly original artist whose legacy remains largely unexplored (Paula McClain, New York Times bestselling author of The Paris Wife).

"I'd rather take a photograph than be one," Lee Miller declares after she arrives in Paris in 1929, where she soon catches the eye of the famous Surrealist Man Ray. Though he wants to use her only as a model, Lee convinces him to take her on as his assistant and teach her everything he knows. As they work together in the darkroom, their personal and professional lives become intimately entwined, changing the course of Lee's life forever.

Lee's journey of self-discovery takes took her from the cabarets of bohemian Paris to the battlefields of war-torn Europe during WWII, from inventing radical new photography techniques to documenting the liberation of the concentration camps as one of the first female war correspondents. Through it all, Lee must grapple with the question of whether it's possible to stay true to herself while also fulfilling her artistic ambition--and what she will have to sacrifice to do so.

Whitney Scharer received her MFA in creative writing from the University of Washington in 2004. Her short fiction has appeared in numerous journals including New Flash Fiction Review, Cimarron Review, and Bellevue Literary Review. Originally from Colorado, she now lives outside Boston with her family. Her first novel is The Age of Light.

The Age of Light: A Novel (Paperback)

One of the Best Books of the Year: Parade, Glamour, Real Simple, Refinery29, Yahoo! Lifestyle. "A startlingly modern love story and a mesmerizing portrait of a woman's self-transformation from muse to artist." --Celeste Ng, author of Little Fires Everywhere