Bank Square Books and Savoy Bookshop & Café present a virtual author talk and Q&A with Nell Stevens in conversation with Melissa Broder for the new book, Briefly, A Delicious Life. 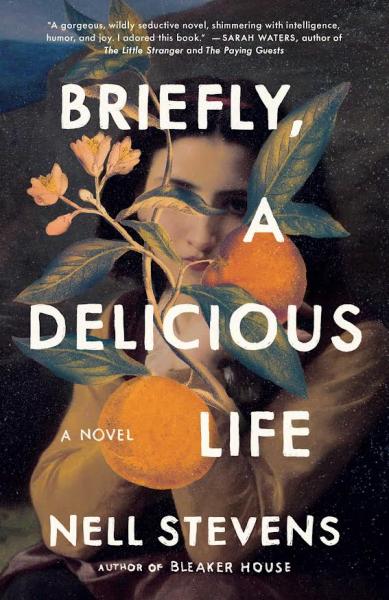 An unforgettable debut novel from an award-winning writer: a lively, daring ghost story about a teenage ghost who falls in love with a writer who doesn’t know she exists.

In 1473, fourteen-year-old Blanca dies in a hilltop monastery in Mallorca. Nearly four hundred years later, when George Sand, her two children, and her lover Frederic Chopin arrive in the village, Blanca is still there: a spirited, funny, righteous ghost, she’s been hanging around the monastery since her accidental death, spying on the monks and the townspeople and keeping track of her descendants.

Blanca is enchanted the moment she sees George, and the magical novel unfolds as a story of deeply felt, unrequited longing—the impossible love of a teenage ghost for a woman who can’t see her and doesn’t know she exists. As George and Chopin, who wear their unconventionality, in George’s case, literally on their sleeves, find themselves in deepening trouble with the provincial, 19th-century villagers, Blanca watches helplessly and reflects on the circumstances of her own death (which involves an ill-advised love affair with a monk-in-training).

Charming, original, and emotionally moving, this is a surprisingly touching story about romantic fixation and a powerful meditation on creativity.

Nell Stevens is the author of Bleaker House and The Victorian & the Romantic, which won the 2019 Somerset Maugham Award. She was shortlisted for the 2018 BBC National Short Story Award and her writing has been published in The New York Times, Vogue, The Paris Review, The New York Review of Books, The Guardian, Granta, and elsewhere. Nell is an Assistant Professor in Creative Writing at the University of Warwick.

Melissa Broder is the author of the novels Milk Fed and The Pisces, the essay collection So Sad Today and four poetry collections, including Last Sext. She has written for The New York Times, Elle.com, VICE, Vogue Italia, and New York magazine’s “The Cut.” Her poems have appeared in POETRY, The Iowa Review, Tin House, and Guernica, and she is the winner of a Pushcart Prize for poetry. She lives in Los Angeles. Follow her on Twitter @SoSadToday and @MelissaBroder and Instagram @RealMelissaBroder.

An unforgettable debut novel from an award-winning writer: a lively, daring ghost story about a teenage ghost who falls in love with a writer who doesn’t know she exists.

In 1473, fourteen-year-old Blanca dies in a hilltop monastery in Mallorca.

Named a Best Book of the Year by Entertainment Weekly, Vogue, Time, Esquire, BookPage, and more