Bank Square Books presents a book launch event with Nicholas Checker for the new book The Legend of Kwi Coast.

Snacks and wine will be provided! Books will be available for sale at the event. 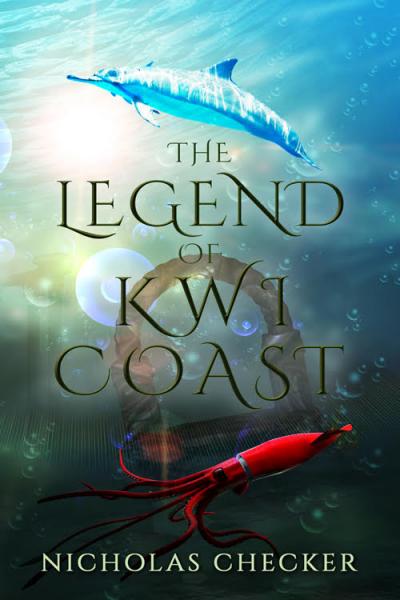 The Legend of Kwi Coast is the story of Piper, a charmingly defiant young dolphin, born with a more probing curiosity than others of her breed. She is troubled by her strangely reclusive pod's aversion to roaming the open sea like most of the WhistlingFin (dolphins), and especially by its growing hostility toward another race, the SnagTooth (sharks). She fears that a fanatical pod leader's obsession with these "rival denizens of the seas" will one day lead to the ruin of her clan. And when her recalcitrant behavior is taken too far in the eyes of clan leaders, Piper is cast out into a harrowing exile where she discovers a real danger stalking her kind. Against the counsel of wiser beings, she attempts a perilous journey home to Kwi Coast to warn a clan long entrenched in its own ignorance.

This saga is one that presents readers with a fascinating trek into our mighty oceans where its multitudinous lifeforms and enrapturing habitat now face greater perils than ever, as our own species delves further and further into its watery frontier. Today's youth -- like our young dolphin from Kwi Coast -- may well prove to be the saving grace for our planet's most precious resource, and perhaps also provide the answers needed where this tale's allegorical crises are concerned.

Nicholas Checker has three previously published novels through traditional publishing houses: The Saga of Marathon (2020, Wild Rose Press, NY); Scratch and Druids, both through the now defunct Oak Tree Press, CA but still available via Amazon; a stream of short stories that includes Shenandoah Magazine through Washington & Lee University; and an impressive number of independent films and stage plays. This past March he received a grant from the Dept. of Economic & Community Development, CT Office of the Arts to adapt his play, Elegy for an Icon, into a solo performer piece to be staged later this year.