Bank Square Books presents an author talk and Q&A with Sarah Ruhl in conversation with Christie Max Williams for the new book, Love Poems in Quarantine. 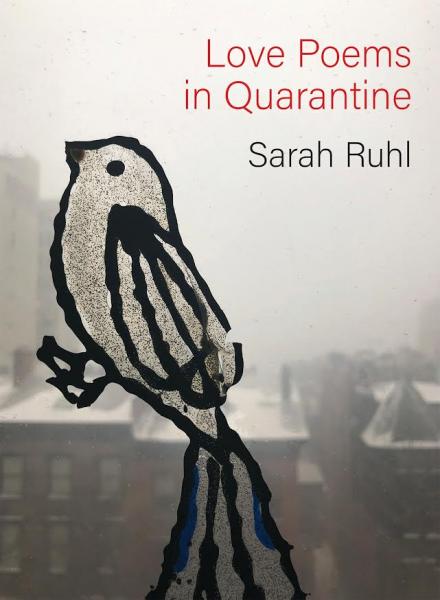 Writing from and toward “the endless desire / to be at home in the world,” Sarah Ruhl wrote Love Poems in Quarantine to mark the passage of time when all familiar landmarks disappeared. From the dawn of the COVID-19 pandemic, to the murder of George Floyd, to months of simultaneous quarantine and protest, this is—in free verse and form, lamentation and meditation—a book of days, a survival kit for spiritual malady. These poems find small solace in domestic absurdities. Even in global crisis, there is the laundry. The dog rolls in something putrid, the child interrupts a Zoom meeting, and dinner must get made, again and again. Using language to travel and touch when bodies could not, Ruhl has drawn with great care a portrait of a year unlike any other in history.

Sarah Ruhl is an award-winning American playwright, author, essayist, and professor. Her plays include The Oldest Boy, Dear Elizabeth, Stage Kiss, In the Next Room, or the vibrator play (Pulitzer Prize finalist, 2010); The Clean House (Pulitzer Prize finalist, 2005; Susan Smith Blackburn Prize, 2004); Passion Play (Pen American Award, Fourth Freedom Forum Playwriting Award from the Kennedy Center); Dead Man’s Cell Phone (Helen Hayes Award for Best New Play); Melancholy Play; Demeter in the City (nine NAACP Image Award nominations); Scenes From Court Life; How to Transcend a Happy Marriage, For Peter Pan on Her 70th Birthday; Eurydice; Orlando; and Late: a cowboy song. Her plays have been produced on Broadway and across the country as well as internationally, and translated into fourteen languages. Originally from Chicago, Ms. Ruhl received her M.F.A. from Brown University, where she studied with Paula Vogel. She is the recipient of a Helen Merrill Emerging Playwrights Award, a Whiting Writers’ Award, a PEN Center Award for mid-career playwrights, a Steinberg Distinguished Playwright Award, and a Lilly award. She is a member of 13P and New Dramatists and won the MacArthur Fellowship in 2006. She teaches at Yale School of Drama and lives in Brooklyn with her family. (Official Headshot by Greg Constanzo)

Christie Max Williams’ debut poetry collection, The Wages of Love, won the William Meredith Poetry Prize. He is also a writer and actor. Though originally from California and then New York City, he now lives in Mystic, Connecticut, where he and his wife raised their daughter and son. He has worked as an actor and director in California, New York, and Connecticut. He also worked as a fruit vendor in Paris, a salmon fisherman in Alaska, a consultant on Wall Street, a writer for the National Audubon Society, and in leadership posts for non-profit organizations in whose causes he believes. He co-founded and for many years directed The Arts Café Mystic, which is in its 28th year of presenting programs featuring readings by America’s best poets, complemented by music of New England’s finest musicians. His poetry has been published in journals, magazines, and anthologies, and has won the Grolier Prize, placed second in the Connecticut River Review Contest, and was a finalist for the National Poetry Series and Morton Marr Prize.

An award-winning, multi-genre writer grapples with the pandemic, death of George Floyd, and other crises of our times in gnomic poems written from inside the purgatory (and sudden revelations) of quarantine.