Savoy Bookshop & Café presents an open house book signing with Rhode Island author Errick Nunnally, the author of Lightning Wears a Red Cape, and John C. Foster, the author of The Isle. This event is free and open to the public.

About Lightning Wears a Red Cape 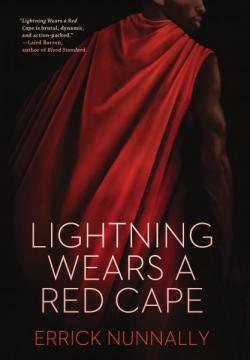 The Ace of Hearts, once poor and unknown, has used his power to wield influence over criminal organizations, key people in politics, law enforcement, and private industry. Along with his three super-human partners, they are in the final phases of a plan to become the power behind the power in several states. Shade, a civic-minded martial-artist trained on another world, and Atlas, a police officer with super-strength and the power of flight, discover the hard way that nothing is as it seems. They must avoid becoming pawns themselves and build a coalition in an environment where no one can be trusted and a self-proclaimed African god pursues a destructive vendetta against them all.

Errick Nunnally was born and raised in Boston, Massachusetts, he served one tour in the Marine Corps before deciding art school would be a safer—and more natural—pursuit. He is permanently distracted by art, comics, science fiction, history, and horror. Trained as a graphic designer, he has earned a black belt in Krav Maga/Muay Thai kickboxing after dark. Errick’s work includes: the novels, Blood for the Sun and Lightning Wears a Red Cape; Lost in Transition, a comic strip collection; and first prize in one hamburger contest. The following are some short stories and their respective magazines or anthologies: "Penny Imcompatable" (Lamplight, v.6, #3 and the Podcast Nightlight); "Jack Johnson and the Heavyweight Title of the Galaxy" (The Final Summons); "Welcome to the D.I.V." (Wicked Witches); "A Few Extra Pounds" (Transcendent); and "A Hundred Pearls" (Protectors 2). Eventually, Errick came to his senses and moved to Providence, Rhode Island with his two lovely children and one beautiful wife. 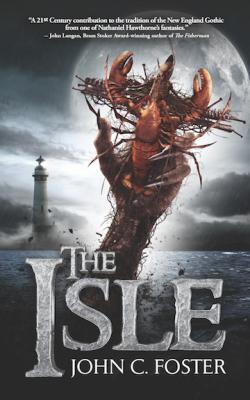 Start with an isolated island in the rainswept North Atlantic, add an enigmatic community of hostile inhabitants, throw in the body of a fugitive found dead by mysterious causes, combine with an ages-old supernatural curse that has lethal implications, and garnish with a secret so horrifying it is best left unspoken, and you’ve got the recipe for the dark feast that is The Isle.

A deadly menace threatens a remote island community and every man, woman and child is in peril. Sent to the isle to collect the remains of a dead fugitive, US Marshal Virgil Bone is trapped by the forces of nature and the will of man.

As the body count rises the community unravels, and Bone is thrust into the role of investigator. Aided by a local woman and the town pariah, he uncovers the island’s macabre past and its horrifying connection to the killings.

Some curses are best believed.

Sometimes the past is best left buried.

And some will kill to keep it so.

John C. Foster was born in Sleepy Hollow, NY, and has been afraid of the dark for as long as he can remember. A writer of thrillers and dark fiction, Foster lives in New York City with the actress Linda Jones and their dog, Coraline. Dead Men was released by Perpetual Motion Machine Publishing on July 22, 2015 and Mister White by Grey Matter Press on April 5, 2016. Mister White the Short Story was included in the anthology Dark Visions Vol. 2 in 2013, also by Grey Matter Press. For more information, please visit www.johnfosterfiction.com.

The Ace of Hearts, once poor and unknown, has used his power to wield influence over criminal organizations, key people in politics, law enforcement, and private industry. Along with his three super-human partners, they are in the final phases of a plan to become the power behind the power in several states.

EXPOSE THE DARKEST OF SECRETS AT THE EDGE OF THE WORLD