SAVOY: Halloween Event with Hester Fox (The Witch of Willow Hall), Laird Hunt (In the House in the Dark of the Woods), and Patrick Moody (The Gravedigger's Son)

Savoy Bookshop & Café presents a Halloween-themed literary event with authors Hester Fox (The Witch of Willow Hall), Laird Hunt (In the House in the Dark of the Woods), and Patrick Moody (The Gravedigger's Son). This event is free and open to the public. 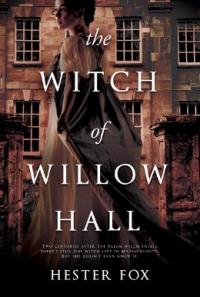 Take this as a warning: if you are not able or willing to control yourself, it will not only be you who suffers the consequences, but those around you, as well.

New Oldbury, 1821: In the wake of a scandal, the Montrose family and their three daughters—Catherine, Lydia and Emeline—flee Boston for their new country home, Willow Hall.

The estate seems sleepy and idyllic. But a subtle menace creeps into the atmosphere, remnants of a dark history that call to Lydia, and to the youngest, Emeline.

All three daughters will be irrevocably changed by what follows, but none more than Lydia, who must draw on a power she never knew she possessed if she wants to protect those she loves. For Willow Hall’s secrets will rise, in the end…

Hester Fox comes to writing from a background in the museum field as a collections maintenance technician. This job has taken her from historic houses to fine art museums. She is a keen painter and has a master's degree in historical archaeology, as well as a background in Medieval studies and art history. Hester lives outside of Boston with her husband and two cats.

Laird Hunt (In the House in the Dark of the Woods) 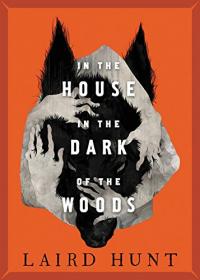 "Once upon a time there was and there wasn't a woman who went to the woods."

In this horror story set in colonial New England, a law-abiding Puritan woman goes missing. Or perhaps she has fled or abandoned her family. Or perhaps she's been kidnapped, and set loose to wander in the dense woods of the north. Alone and possibly lost, she meets another woman in the forest. Then everything changes.

On a journey that will take her through dark woods full of almost-human wolves, through a deep well wet with the screams of men, and on a living ship made of human bones, our heroine may find that the evil she flees has been inside her all along. The eerie, disturbing story of one of our perennial fascinations--witchcraft in colonial America--In the House in the Dark of the Woods is a novel of psychological horror and suspense told in Laird Hunt's characteristically lyrical prose style. It is the story of a bewitching, a betrayal, a master huntress and her quarry. It is a story of anger, of evil, of hatred and of redemption. It is the story of a haunting, a story that makes up the bedrock of American mythology, but told in a vivid way you will never forget.

Laird Hunt is the award-winning author of a book of short stories, mock parables and histories, The Paris Stories, and several novels including The Impossibly; Indiana, Indiana; The Exquisite; Ray of the Star; and Kind One, which was a finalist for both the 2013 Pen/Faulkner Award and the 2013 Pen USA Literary Award in Fiction, and the winner of a 2013 Anisfield-Wolf Book Award for Fiction. His writings, reviews, and translations have appeared in the United States and abroad in, among other places, the New York Times, the Wall Street Journal, McSweeney's, Ploughshares, Bomb, and Bookforum. Currently on faculty in the University of Denver's Creative Writing Program, where he edits the Denver Quarterly, he and his wife, the poet Eleni Sikelianos, live in Boulder, Colorado, with their daughter, Eva Grace. 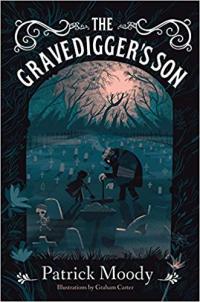 “A Digger must not refuse a request from the Dead." —Rule Five of the Gravedigger’s Code

Ian Fossor is last in a long line of Gravediggers. It’s his family’s job to bury the dead and then, when Called by the dearly departed, to help settle the worries that linger beyond the grave so spirits can find peace in the Beyond.

But Ian doesn’t want to help the dead—he wants to be a Healer and help the living. Such a wish is, of course, selfish and impossible. Fossors are Gravediggers. So he reluctantly continues his training under the careful watch of his undead mentor, hoping every day that he’s never Called and carefully avoiding the path that leads into the forbidden woods bordering the cemetery.

Just as Ian’s friend, Fiona, convinces him to talk to his father, they’re lured into the woods by a risen corpse that doesn’t want to play by the rules. There, the two are captured by a coven of Weavers, dark magic witches who want only two thing—to escape the murky woods where they’ve been banished, and to raise the dead and shift the balance of power back to themselves.

Only Ian can stop them. With a little help from his friends. And his long-dead ancestors.

Equal parts spooky and melancholy, funny and heartfelt, The Gravedigger’s Son is a gorgeous debut that will long sit beside Neil Gaiman’s The Graveyard Book and Jonathan Auxier's The Night Gardener.

Patrick Moody is a middle school custodian who draws inspiration from the spooky night-time halls. He lives with his family in Connecticut. The Gravedigger’s Son is his first novel.

“A Digger must not refuse a request from the Dead." —Rule Five of the Gravedigger’s Code

Ian Fossor is last in a long line of Gravediggers.

In the House in the Dark of the Woods (Hardcover)

The eerie, disturbing story of one of our perennial fascinations -- witchcraft in colonial America -- wrapped up in a lyrical novel of psychological suspense.

The Witch of Willow Hall (Paperback)

Two centuries after the Salem witch trials, there's still one witch left in Massachusetts. But she doesn't even know it.

Take this as a warning: if you are not able or willing to control yourself, it will not only be you who suffers the consequences, but those around you, as well.