Savoy Bookshop & Cafe presents a Q&A and book signing with local author Susan Kietzman (It Started in June) in conversation with Hannah McKinnon (Sailing Lessons). This event is free and open to the public. 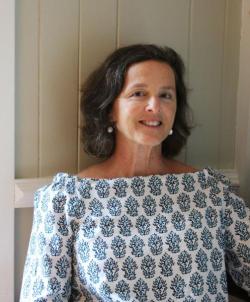 About Susan Kietzman
Susan Kietzman grew up in Fairfield, Connecticut. She went to Connecticut College, where her mother, aunt, and grandmother went before her. After graduation, she worked in Manhattan just long enough to realize that she felt more at home in the country than in the city. This conviction did not prevent her from going to journalism school at Boston University. Kietzman next moved to Mystic, CT, where she worked at a weekly and then a daily newspaper. Along the way, she met and married Ted and had three sons. The family spent time in Aurora, Ontario, and then moved Midland, Michigan, where Kietzman wrote fiction in the early morning, taught English composition at a community college, and worked for various public relations firms, creating content for corporate clients. When the family moved back to Connecticut, she continued teaching community college students and started writing grants for Mystic Seaport. She has since left the classroom and the Museum and is writing fiction full time. She spends her free time enjoying the outdoors – walking, hiking, biking – and reading good writing. 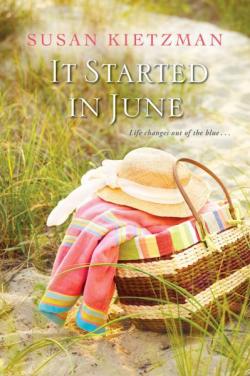 About the Book
Susan Kietzman's engrossing and thought-provoking novel explores the choices and revelations that come with life's most unexpected events.

Grace Trumbull's after work drink with Bradley Hanover, a handsome younger colleague, on a warm summer night turns into an impulsive, intimate encounter. After a few weeks of exhilarating secret dates, Grace--forty-two and divorced--realizes she's pregnant.

For Grace, whose estranged mother refers to her own teenage pregnancy as her biggest mistake, the prospect of parenthood is daunting. She's just been made vice president of a media relations company and is childfree by choice. Still, something deeper than her fear makes her want to keep the baby. She knows she can be a better, more capable parent than her mother was to her.

As months pass and seasons change, Grace questions her decision to include Bradley in her plans. But they continue to navigate their complicated relationship, each struggling with what it means to make a commitment to someone. Most importantly, Grace begins trusting her instincts--maternal and otherwise--finding courage that will guide her through an uncertain future ripe with new possibilities . . . 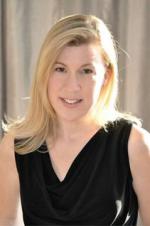 Hannah attended her first young author's conference in Mrs. Meyer's third grade class and was never the same since. Growing up exploring the woods and waters of New England, she developed an affinity for nature, animals, and all stories involving the two.

An avid reader, Hannah enjoyed an early career in education. One spring afternoon, while reading a particularly heartfelt passage from a favorite novel, she looked up to see tears rolling down her students' eyes. Her first thought was, "Wow, look at the impact this book is having on these kids." Her second thought was, "Why aren't I doing this?"

Hannah's first two novels for young adults were the critically acclaimed Franny Parker, and The Properties of Water, with FSG/MacMillan in 2009 and 2010 respectively.

In 2015, Hannah segued into commercial fiction. Her debut novel, THE LAKE SEASON, was published by Emily Bestler Books of Atria/ Simon & Schuster in June 2015. It was featured by CNN, Cosmo, and InStyle Magazine as a best summer read. He next two novels, MYSTIC SUMMER, and THE SUMMER HOUSE were released in June, 2016 and 2017, respectively. 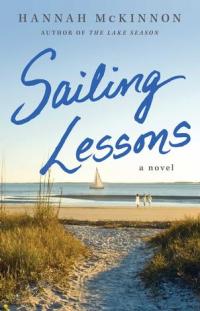 On the shores of Cape Cod, the Bailey sisters reunite with their long-lost father for a summer of hope and forgiveness in this heartfelt novel from the author of the “sharp and evocative” (Kirkus Reviews) Mystic Summer, The Lake Season, and The Summer House, sure to appeal to “fans of Elin Hilderbrand” (Booklist).

Wrenn Bailey has lived all her life on Cape Cod with her mother Lindy, older sister Shannon, and younger sister Piper. Growing up, life was dictated by the seasons with sleepy gray winters where only the locals stayed on, followed by the sharp influx and colorful bustle of summer tourists who swept up the elbow of the Cape and infiltrated their small paradise.

But it wasn’t just the tourists who interrupted Wrenn’s formative years; her father—brilliant but troubled photographer Caleb—has long made a habit of drifting in and out of his girls’ lives. Until the one summer he left the Cape and did not return again.

Now, almost twenty years later, Caleb has come back one last time, suffering from pancreatic cancer and seeking absolution. Wrenn and her sisters each respond differently to their father’s return, determined to find closure. But that means returning to the past and revisiting old wounds—wounds that cause the tightknit Bailey women to confront their own wishes and wants, and admit to their own wrong-doings over the years. In a place that brings both great comfort and great pain, the Bailey sisters experience a summer on the Cape that promises not only hard endings, but perhaps, hopeful new beginnings.

On the shores of Cape Cod, the Bailey sisters reunite with their long-lost father for a summer of hope and forgiveness in this heartfelt novel from the author of the “sharp and evocative” (Kirkus Reviews) Mystic Summer, The Lake Season, and The Summer House, sure to appeal to “fans of Elin Hilderbrand” (Booklist).

It Started in June (Paperback)

Susan Kietzman’s engrossing and thought-provoking novel explores the choices and revelations that come with life’s most unexpected events.