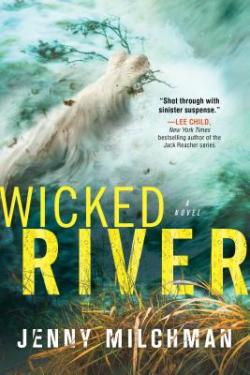 Savoy Bookshop & Café presents an author talk and book signing with author Jenny Milchman for her book Wicked River. This event is free and open to the public.

Six million acres of Adirondack forest separate Natalie and Doug Larson from civilization. For the newlyweds, an isolated, back country honeymoon seems ideal: a chance to start their lives together with an adventure, on their own. But just as Natalie and Doug begin to explore the dark interiors of their own hearts, as well as the depths of their love for each other, it becomes clear that they are not alone in the woods.

Because six million acres makes it easy for the wicked to hide. And even easier for someone to go missing for good.

As they struggle with the worst the wilderness has to offer, a man watches them, wielding the forest like a weapon. And once they are near his domain, he will do everything in his power to make sure they never walk out again. 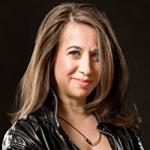 Her short story 'The Closet' was published in Ellery Queen Mystery Magazine in 2012, and another short story, 'The Very Old Man', in 2014. The short work 'Black Sun on Tupper Lake' appears in the anthology Adirondack Mysteries II.

Jenny is a board member and Vice President of International Thriller Writers, responsible for Author Porgrams. She is also the founder of Take Your Child to a Bookstore Day, which was celebrated in all 50 states and four foreign countries by over 700 bookstores in 2013. Jenny hosts the Made It Moments forum on her blog, which has featured more than 250 international bestsellers, Edgar winners, and independent authors. Jenny co-hosts the literary series Writing Matters, which attracts guests coast-to-coast and has received national media attention. She also teaches writing and publishing for New York Writers Workshop and Arts By The People.