Please join us for a poetry reading at Savoy Bookshop & Cafe on Friday, April 21, at 6 p.m. with Dede Cummings, James Crews, and Megan Buchanan. 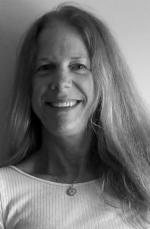 Dede Cummings is a writer, literary agent/publisher and commentator for Vermont Public Radio. At Middlebury College, she was the recipient of the Mary Dunning Thwing Award, attended the Bread Loaf Writers’ Conference as an undergraduate fellow, and studied with Hayden Carruth at the Bennington Writers’ Workshop. In 2013, she was a poetry contributor at the Bread Loaf Writers’ Conference. Her poetry has been published in Mademoiselle, The Lake, InQuire, Vending Machine Press, Kentucky Review, Connotation Press, Mom Egg Review, and Bloodroot Literary Magazine. She was a Discover/The Nation poetry semi-finalist and was awarded a writer’s grant and a partial fellowship from the Vermont Studio Center in 2016. Her first poetry collection, To Look Out From, was awarded the 2016 Homebound Publications Poetry Prize and is due out in April 2017. Dede lives in Brattleboro, Vermont, where she designs books and runs the startup Green Writers Press. (photo credit Howard Romero) 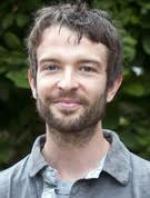 mes Crews' work has appeared in Ploughshares, Poet Lore, and The New Republic, among other journals, and he is a regular contributor to The (London) Times Literary Supplement. His first collection of poetry, The Book of What Stays, won the 2010 Prairie Schooner Book Prize and received a Foreword Magazine Book of the Year Award. His second collection, Telling My Father, won the Cowles Prize and will be published by Southeast Missouri State University Press. He holds an MFA in Creative Writing-Poetry from the University of Wisconsin-Madison and a PhD in Writing and Literature from the University of Nebraska-Lincoln, where he was an Othmer Fellow and worked for Ted Kooser's American Life in Poetry newspaper column. He lives on an organic farm with his partner in Shaftsbury, Vermont and teaches in the low-residency MFA program at Eastern Oregon University. 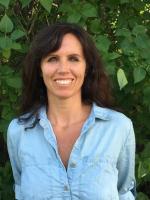 Megan Buchanan’s poems have appeared in such as journals as The Sun Magazine, make/shift, A Woman’s Thing, Mom Egg Review, and multiple anthologies. Born in California, she’s lived for long stretches in Ireland, the mountains of the southwest, and New England. Her work has been supported by the Arizona Commission on the Arts, the Vermont Arts Council, and the Vermont Studio Center. Megan is also a collaborative performer and dancemaker, a teacher, and an activist.  She currently lives in southern Vermont with her two children. Visit the author’s website at meganbuchanan.net.