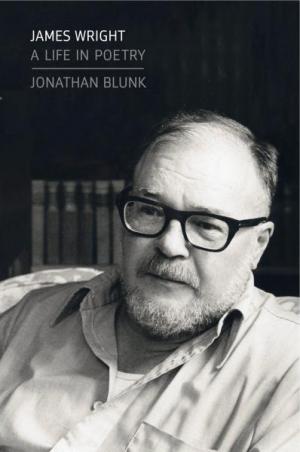 Savoy Bookshop & Café presents a reading and book signing with poet and author Jonathan Blunk for his new book James Wright: A Life in Poetry, the authorized and sweeping biography of one of America’s most complex, influential, and enduring poets. This event will also feature readings from James Wright's wife Annie Wright. This is free and open to the public.

About the Book
In the extraordinary generation of American poets who came of age in the middle of the twentieth century, James Wright (1927–1980) was frequently placed at the top of the list. With a fierce, single-minded devotion to his work, Wright escaped the steel town of his Depression-era childhood in the Ohio valley to become a revered professor of English literature and a Pulitzer Prize winner. But his hometown remained at the heart of his work, and he courted a rough, enduring muse from his vivid memories of the Midwest. A full-throated lyricism and classical poise became his tools, honesty and unwavering compassion his trademark.

Using meticulous research, hundreds of interviews, and Wright’s public readings, Jonathan Blunk’s authorized biography explores the poet’s life and work with exceptional candor, making full use of Wright’s extensive unpublished work—letters, poems, translations, and personal journals. Focusing on the tensions that forced Wright’s poetic breakthroughs and the relationships that plunged him to emotional depths, Blunk provides a spirited portrait, and a fascinating depiction of this turbulent period in American letters.

A gifted translator and mesmerizing reader, Wright appears throughout in all his complex and eloquent urgency. Discerning yet expansive, James Wright will change the way the poet’s work is understood and inspire a new appreciation for his enduring achievement.

About the Author
Jonathan Blunk is a poet, critic, essayist, and radio producer. His work has appeared in The Nation, Poets & Writers, The Green Mountains Review and elsewhere. He was an adviser for A Wild Perfection, the selected letters of James Wright.

The authorized and sweeping biography of one of America’s most complex, influential, and enduring poets