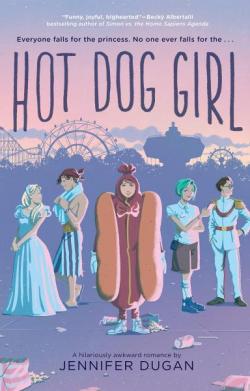 Jennifer Dugan is a writer, a geek, and a romantic. In addition to being a young adult novelist, she is also the writer/creator of two indie comics. She lives in upstate New York with her family, her dogs, and an evil cat that is no doubt planning to take over the world. Hot Dog Girl is her young adult debut. Learn more at JLDugan.com and on twitter @JL_Dugan.

About Hot Dog Girl: A fresh and funny contemporary YA rom-com about teens working as costumed characters in a local amusement part.

Elouise (Lou) Parker is determined to have the absolute best, most impossibly epic summer of her life. There are just a few things standing in her way:

*  She's landed a job at Magic Castle Playland . . . as a giant dancing hot dog.
*  Her crush, the dreamy Diving Pirate Nick, already has a girlfriend, who is literally the Princess of the park. But Lou's never liked anyone, guy or otherwise, this much before, and now she wants a chance at her own happily ever after.
*  Her best friend, Seeley, the carousel operator, who's always been up for anything, suddenly isn't when it comes to Lou's quest to set her up with the perfect girl or Lou's scheme to get close to Nick.
*  And it turns out that this will be their last summer at Magic Castle Playland--ever--unless she can find a way to stop it from closing. 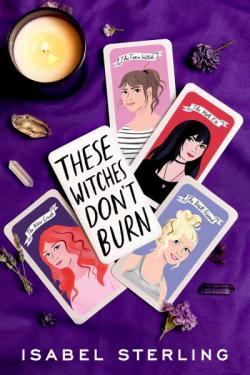 Isabel Sterling is a queer writer of young adult novels. Before finding her way to the world of books, Isabel channeled her love of storytelling into a music composition degree, where she dreamed of scoring Disney films. These days, Isabel works in student housing and writes stories about magic and murder. She lives in central NY with her wife and their brood of furry children: cats Oliver and December and a mischievous puppy named Lily.

About These Witches Don't Burn: Hannah's a witch, but not the kind you're thinking of. She's the real deal, an Elemental with the power to control fire, earth, water, and air. But even though she lives in Salem, Massachusetts, her magic is a secret she has to keep to herself. If she's ever caught using it in front of a Reg (read: non-witch), she could lose it. For good. So, Hannah spends most of her time avoiding her ex-girlfriend (and fellow Elemental Witch) Veronica, hanging out with her best friend, and working at the Fly by Night Cauldron selling candles and crystals to tourists, goths, and local Wiccans.

But dealing with her ex is the least of Hannah's concerns when a terrifying blood ritual interrupts the end-of-school-year bonfire. Evidence of dark magic begins to appear all over Salem, and Hannah's sure it's the work of a deadly Blood Witch. The issue is, her coven is less than convinced, forcing Hannah to team up with the last person she wants to see: Veronica.

While the pair attempt to smoke out the Blood Witch at a house party, Hannah meets Morgan, a cute new ballerina in town. But trying to date amid a supernatural crisis is easier said than done, and Hannah will have to test the limits of her power if she's going to save her coven and get the girl, especially when the attacks on Salem's witches become deadlier by the day.

Isabel Sterling's delightful, suspenseful debut is equal parts sweet romance and thrilling mystery. With everything she loves on the line, Hannah must confront this murderous villain before her coven--and any chance she has with the new girl--is destroyed. 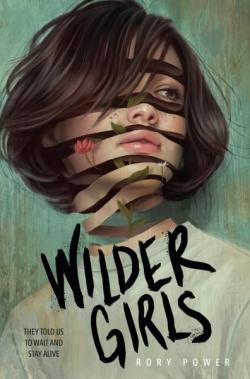 Rory Power grew up in New England, received her undergraduate degree at Middlebury College, and went on to earn an MA in prose fiction from the University of East Anglia. Wilder Girls is her first novel. To learn more about Rory, go to itsrorypower.com and follow @itsrorypower on Twitter and Instagram.

About Wilder Girls: A feminist Lord of the Flies about three best friends living in quarantine at their island boarding school, and the lengths they go to uncover the truth of their confinement when one disappears. This fresh, new debut is a mind-bending novel unlike anything you've read before.

It's been eighteen months since the Raxter School for Girls was put under quarantine. Since the Tox hit and pulled Hetty's life out from under her.

It started slow. First the teachers died one by one. Then it began to infect the students, turning their bodies strange and foreign. Now, cut off from the rest of the world and left to fend for themselves on their island home, the girls don't dare wander outside the school's fence, where the Tox has made the woods wild and dangerous. They wait for the cure they were promised as the Tox seeps into everything.

But when Byatt goes missing, Hetty will do anything to find her, even if it means breaking quarantine and braving the horrors that lie beyond the fence. And when she does, Hetty learns that there's more to their story, to their life at Raxter, than she could have ever thought true. 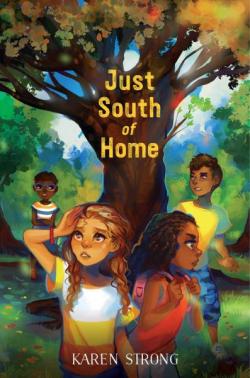 Karen Strong was born and raised in rural Georgia. She spent most of her childhood wandering the woods, meadows, and gardens of her grandmother's land. She now lives in Atlanta. Just South of Home is her first novel. Learn more at karen-strong.com.

About Just South of Home: Cousins Sarah and Janie unearth a tragic event in their small Southern town’s history in this witty middle grade debut novel that’s perfect for fans of Stella by Starlight, The Ghosts of Tupelo Landing, and As Brave as You.

Twelve-year-old Sarah is finally in charge. At last, she can spend her summer months reading her favorite science books and bossing around her younger brother, Ellis, instead of being worked to the bone by their overly strict grandmother, Mrs. Greene. But when their cousin, Janie arrives for a visit, Sarah’s plans are completely squashed.

Janie has a knack for getting into trouble and asks Sarah to take her to Creek Church: a landmark of their small town that she heard was haunted. It’s also off-limits. Janie’s sticky fingers lead Sarah, Ellis and his best friend, Jasper, to uncover a deep-seated part of the town’s past. With a bit of luck, this foursome will heal the place they call home and the people within it they call family.

A fresh and funny contemporary YA rom-com about teens working as costumed characters in a local amusement part.

"The perfect kind of story for our current era."—Hypable