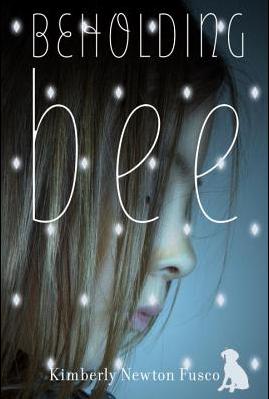 Kimberly Newton Fusco will be at Bank Square books on March 23 from 11am - 1pm for a book signing.

Bee is an orphan who lives with a carnival and sleeps in the back of a tractor trailer. Every day she endures taunts for the birthmark on her face—though her beloved Pauline, the only person who has ever cared for her, tells her it is a precious diamond. When Pauline is sent to work for another carnival, Bee is lost.

Then a scruffy dog shows up, as unwanted as she, and Bee realizes that she must find a home for them both. She runs off to a house with gingerbread trim that reminds her of frosting. There two mysterious women, Mrs. Swift and Mrs. Potter, take her in. They clothe her, though their clothes are strangely out of date. They feed her, though there is nothing in their house to eat. They help her go to school, though they won't enter the building themselves. And, strangely, only Bee seems able to see them.

Whoever these women are, they matter. They matter to Bee. And they are helping Bee realize that she, too, matters to the world--if only she will let herself be a part of it.

This tender novel beautifully captures the pain of isolation, the healing power of community, and the strength of the human spirit.

Kimberly Newton Fusco is the author of The Wonder of Charlie Anne and Tending to Grace, both of which received multiple starred reviews.

Fans of Kate DiCamillo, Jennifer Holm, and Polly Horvath will find this an enjoyable and engrossing read. "School Library Journal"
Bee is an orphan who lives with a carnival and sleeps in the back of a truck. Every day she endures taunts for the birthmark on her face, though she prefers to think of it as a precious diamond.