Luanne's newest release, Belle Mer is only available in e-book or audiobook format and will not be sold at the event

Please note that tickets purchased for this event are non-refundable. Books will be available for purchase at the event!
$25/person (plus tax and service charge) 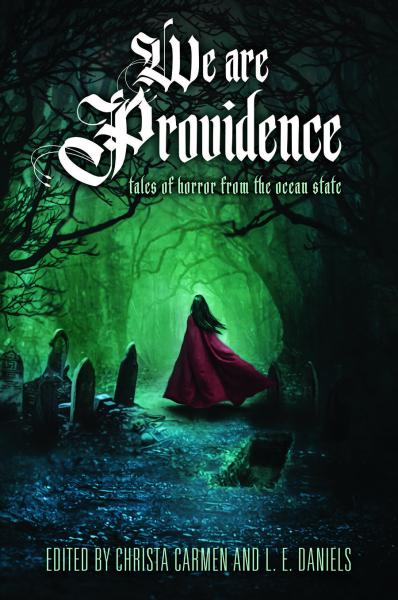 About We Are Providence: Tales of Horror from the Ocean State

Come. Take our hands. The twilight is dimming, but the moon is bright enough to see by, and it’s the perfect night to go for a walk. We’ll stroll through a cemetery in Exeter to where police officers are dispatched every Halloween and where a one-hundred-fifty-year-old vampire-girl is said to still roam. We’ll wander the wharfs in Jamestown, but mind your footing; the sea is home to all manner of creatures just waiting to break the surface after a thousand-year sleep. And keep an eye on the Romanesque Revival windows of the mansions along Newport’s Cliff Walk; you might catch a glimpse of a silhouette with no earthly reason for being there. In Providence, we’ll stalk the shadowy streets along with the ghosts of transcendentalist poets and jilted lovers, but don’t be surprised to discover that the monsters of Lovecraft’s fiction are not, in fact, the product of his imagination. The capital city has secrets and those secrets have tentacles. And teeth.

Welcome to Rhode Island, home of the weird, the hometown horror, the haunted, the hunted. Home of the Gothic and of horror with history. We promise there’s something here for everyone, whether visiting or already one with the region’s countless legends. Rhode Island is the smallest state but the biggest house of horrors...

And the door is open.

When she’s not writing, she keeps chickens, uses a Ouija board to ghost-hug her dear departed beagle, and sets out on adventures with her husband, daughter, and bloodhound/golden retriever mix. Most of her work comes from gazing upon the ghosts of the past or else into the dark corners of nature, those places where whorls of bark become owl eyes and deer step through tunnels of hanging leaves and creeping briers only to disappear. 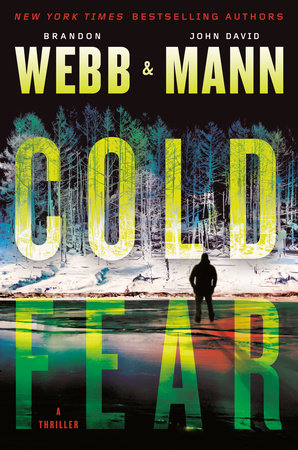 Disgraced Navy SEAL Finn is on the run. A wanted man since he jumped ship from the USS Abraham Lincoln, he’s sought for questioning in connection to war crimes committed in Yemen by a rogue element in his SEAL team. But his memory of that night—as well as the true fate of his mentor and only friend, Lieutenant Kennedy—is a gaping hole.

Finn learns that three members of his team have been quietly redeployed to Iceland, which is a puzzle in itself; the tiny island nation is famous for being one of the most peaceful, crime-free places on the planet.

His mission is simple: track down the three corrupt SEALs and find out what really happened that night in Yemen. But two problems stand in his way. On his first night in town a young woman mysteriously drowns—and a local detective suspects Finn’s involvement. What’s worse, a SEAL-turned-contract-killer with skills equal to Finn’s own has been hired to make sure he never gets the answers he’s looking for. And he’s followed Finn all the way to the icy north. 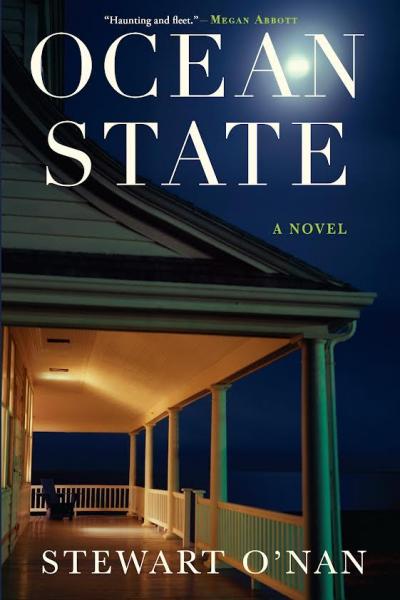 In the first line of Ocean State, we learn that a high school student was murdered, and we find out who did it. The story that unfolds from there with incredible momentum is thus one of the build-up to and fall-out from the murder, told through the alternating perspectives of the four women at its heart. Angel, the murderer, Carol, her mother, and Birdy, the victim, all come alive on the page as they converge in a climax both tragic and inevitable. Watching over it all is the retrospective testimony of Angel’s younger sister Marie, who reflects on that doomed autumn of 2009 with all the wisdom of hindsight.
Angel and Birdy love the same teenage boy, frantically and single mindedly, and are compelled by the intensity of their feelings to extremes neither could have anticipated. O’Nan’s expert hand paints a fully realized portrait of these women, but also weaves a compelling and heartbreaking story of working-class life in Ashaway, Rhode Island. Propulsive, moving, and deeply rendered, Ocean State is a masterful novel by one of our greatest storytellers.

Stewart O'Nan is the author of numerous books, including Wish You Were Here, Everyday People, In the Walled City, The Speed Queen, and Emily, Alone. His 2007 novel, Last Night at the Lobster, was a national bestseller and a finalist for the Los Angeles Times Book Prize. He was born and raised in Pittsburgh, where he lives with his family. 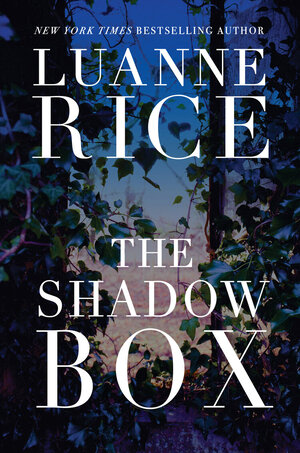 About The Shadow Box

After artist Claire Beaudry Chase is attacked and left for dead in her home on the Connecticut coast, she doesn't know who she can trust. But her well-connected husband, Griffin, who is running for governor, is her prime suspect. Just before the attack, Claire was preparing for an exhibit of her shadow boxes, one of which clearly accuses Griffin of a violent crime committed twenty-five years ago. If the public were to find out who her husband is, his political career would be over. Claire's certain her husband and his powerful supporters would kill her to stop the truth from getting out.

When one of Claire's acquaintances is murdered, the authorities suspect the homicide is linked to the attack on Claire. As the dual investigations unfold, Claire must decide how much she's willing to lose to take down her husband and the corrupt group of elites who will do anything to protect Griffin's interests and their own.

Luanne Rice is the New York Times bestselling author of thirty-five novels that have been translated into twenty-four languages. In 2002, Connecticut College awarded Rice an honorary degree, and she also received an honorary doctorate from the University of Saint Joseph. In June 2014, she received the 2014 Connecticut Governor's Arts Award for excellence as a literary artist. Several of Rice's novels have been adapted for television, including Crazy in Love, for TNT; Blue Moon, for CBS; Follow the Stars Home and Silver Bells, for the Hallmark Hall of Fame; and Beach Girls, for Lifetime. Rice is a creative affiliate of the Safina Center, an organization that brings together scientists, artists, and writers to inspire a deeper connection with nature--especially the sea. Rice is an avid environmentalist and advocate for families affected by domestic violence. She lives on the Connecticut Shoreline. 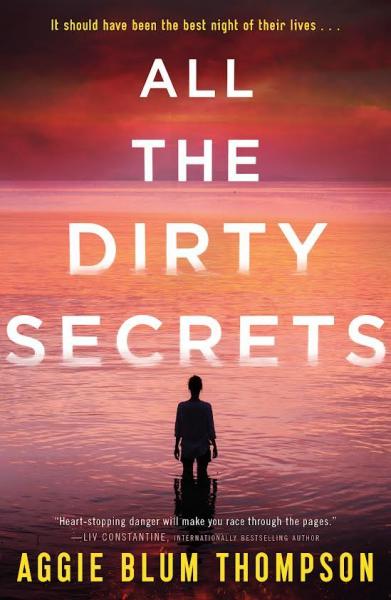 About All the Dirty Secrets

Set in the upscale DC private school scene, where silence can easily be bought, Aggie Blum Thompson's All the Dirty Secrets asks how far you would go to protect your status and your family, and if some secrets should ever be revealed.

One warm summer night twenty-five years ago, Liza Gold and her friends celebrated their high school graduation with a party on the beach. It should have been the best night of their lives, only one of them never came back out of the ocean.

The tragedy haunted Liza Gold for years. Now, she's a recently divorced working mom struggling to connect with her standoffish teenager daughter Zoe when history repeats itself. Another young woman has drowned at Beach Week, and this time the victim is Zoe’s secret best friend.

Liza begins to suspect that the two deaths are somehow related, which causes her to face hard truths and take an unflinching look at the people she’s called her closest friends for the past two decades. She must discover what really happened to both women before it’s too late.

Aggie Blum Thompson worked as a newspaper reporter, covering cops, courts, and trials, with a healthy dose of the mundane mixed in. Her writing has appeared in newspapers such as The Boston Globe and The Washington Post. Her debut novel, I DON’T FORGIVE YOU, was called “a perceptive and beautifully assured piece of domestic noir” by The Washington Post. Her second book, ALL THE DIRTY SECRETS, was released in July. A native New Yorker, she now lives just over the Washington D.C. line in Bethesda, Maryland with her husband, two children, cat, and dog.