THE UNITED: Author Talk and Signing with Jeff Benedict (The Dynasty) and Patriots Hall of Famer, Andre Tippett 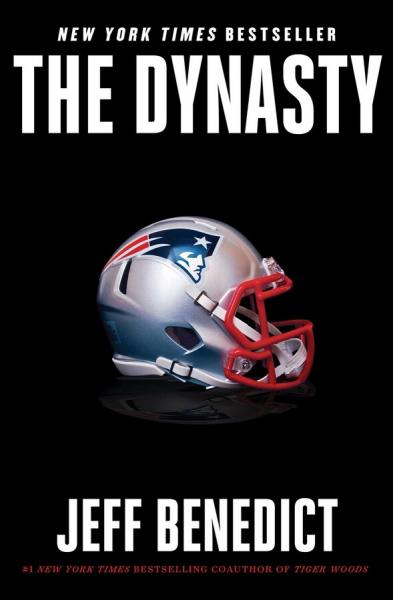 Join The United Theatre and Savoy Bookshop & Café in welcoming New York Times bestselling author, Jeff Benedict, for an author talk and book signing to kick off the paperback release of his New York Times bestselling book about the Patriots, The Dynasty. Benedict will be in conversation with Patriots Hall of Famer Andre Tippett. Tickets to this event are $5— you will receive a $5 credit towards a book purchase during the event.

It’s easy to forget that the New England Patriots were once the laughingstock of the NFL, a nearly bankrupt team that had never won a championship and was on the brink of moving to St. Louis. Everything changed in 1994, when Robert Kraft acquired the franchise and soon brought on board head coach Bill Belichick and quarterback Tom Brady. Since then, the Patriots have become a juggernaut, making ten trips to the Super Bowl, winning six of them, and emerging as one of the most valuable sports franchises in the world.

How was the Patriots dynasty built? And how did it last for two decades? In The Dynasty, acclaimed journalist Jeff Benedict provides richly reported answers in a sweeping account based on exclusive interviews with more than two hundred insiders—including team executives, coaches, players, players’ wives, team doctors, lawyers, and more—as well as never-before-seen recordings, documents, and electronic communications.

Through his exhaustive research, Benedict uncovers surprising new details about the inner workings of a team notorious for its secrecy. He puts us in the room as Robert Kraft outmaneuvers a legion of lawyers and investors to buy the team. We listen in on the phone call when the greatest trade ever made—Bill Belichick for a first-round draft choice—is negotiated. And we look over the shoulder of forty-year-old Tom Brady as a surgeon operates on his throwing hand on the eve of the AFC Championship Game in 2018.

But the portrait that emerges in The Dynasty is more rewarding than new details alone. By tracing the team’s epic run through the perspectives of Kraft, Belichick, and Brady—each of whom was interviewed for the book—the author provides a wealth of new insight into the complex human beings most responsible for the Patriots’ success.

The result is an intimate portrait that captures the human drama of the dynasty’s three key characters while also revealing the secrets behind their success. “The Dynasty is…[a] masterpiece…It’s a relationship book, it’s a football book, it’s a business book…you’ll just eat up these stories” (Colin Cowherd). 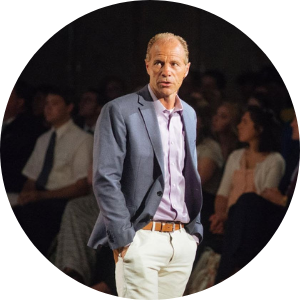 Jeff Benedict is the bestselling author of sixteen non-fiction books and a television and film producer.  His latest book, The Dynasty, is the definitive inside story of the New England Patriots under Robert Kraft, Bill Belichick and Tom Brady.  Published in 2020, it was an instant New York Times bestseller.  In 2018, Jeff co-wrote the #1 bestseller Tiger Woods. Jeff was an executive producer on the HBO documentary “Tiger” that was based on the book and aired in 2021. The book is currently being developed into a scripted series, which Jeff is executive producing.  Jeff is also the executive producer on a documentary based on his book Poisoned that will air on Netflix.  Jeff has been a special-features writer for Sports Illustrated, the Los Angeles Times, and the Hartford Courant, and his essays have appeared in the New York Times.  His stories have been the basis of segments on 60 Minutes, CBS Sunday Morning, HBO Real Sports, Discovery Channel, Good Morning America, 20/20, 48 Hours, NFL Network, and NPR. 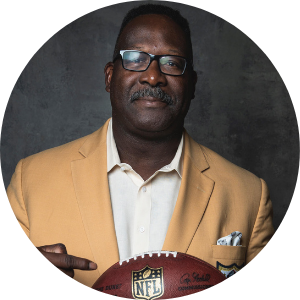 Andre Tippett began his professional football career when he was drafted by the New England Patriots in the second round (41st overall) of the 1982 NFL Draft out of Iowa. Tippett spent his entire 12-year Hall of Fame playing career with the New England Patriots. He played in more than 150 games for New England and is the franchise’s all-time record holder with 100 career sacks. He set the Patriots franchise single-season sack record with 18½ in 1984 and from 1984-85, Tippett recorded 35 sacks, a total that stands tied as the second-highest two-season sack total by a linebacker in NFL history. In 1985, Tippett helped the Patriots to their first AFC Championship and Super Bowl appearance in franchise history.

Following his retirement from football, Tippett joined the Patriots front office as Director of Player Resources (1994-96) before serving as Assistant Director of Pro Personnel (1997-2003). He then moved to community affairs as Football Development and Promotions Director (2003-07) before being named New England Patriots Executive Director of Community Affairs in 2007.

Off the field, Tippett has an extensive martial arts background in Okinawan karate. He holds the rank of 7th degree black belt in Uechi-Ryu (way-chee-ROO) karate, maintains a teaching certification of qualification Shihan (Master Instructor) and teaches Kobudo.