VIRTUAL: Cate Holahan (The Darkness of Others) in conversation with Wendy Walker

Bank Square Books and Savoy Bookshop & Café present a virtual author talk and Q&A with Cate Holahan for the new book, The Darkness of Others. Cate will be in conversation with Wendy Walker.

Scroll down to register! 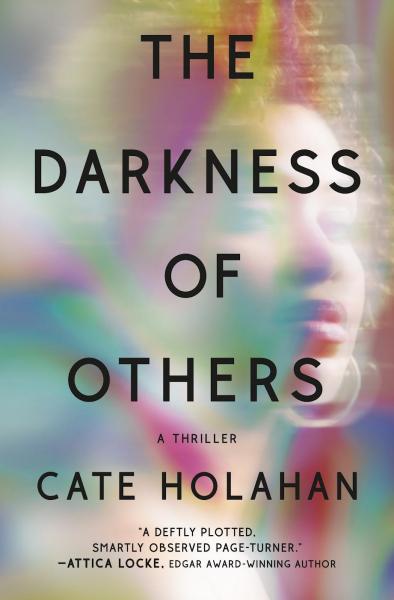 Imani Banks lives in a posh Brooklyn Heights neighborhood that has just been rocked to its core. An acclaimed movie director has been murdered, and his blond trophy wife--Imani's closest friend--is missing. Their neighbors, along with the media, jump to the conclusion that Melissa Walker has killed her husband in a fit of rage and is on the run.
Fortunately for the missing actress, Imani is a psychiatrist as well as a steadfast friend. She will never give up her search and is determined to prove Melissa's innocence. It shouldn't take a degree in human behavior to know that Melissa would never leave her daughter behind.
Recently, Imani and her chef husband rented some extra rooms in their house to a struggling waitress from his restaurant. Tonya Sayre has moved in with her teen daughter and the convenient timing and her suspicious behavior soon lead Imani to suspect that the true killer is living right under her own roof. Now all she has to do is prove it.

Cate Holahan is a USA Today bestselling author of psychological and domestic suspense novels. Her books have been featured in the Good Morning America Book Club (Her Three Lives), a Kirkus Best Book of the Year (The Widower’s Wife), an official selection for the Book of the Month Club (Lies She Told), and have received multiple starred reviews. A biracial Jamaican and Irish American writer, she is a member of Crime Writers of Color, Sisters in Crime, and The Authors Guild. She lives in New Jersey with her husband, two daughters, and food-obsessed dog.

Wendy Walker is the author of the psychological suspense novels All Is Not Forgotten, Emma in the Night, The Night Before, Don’t Look for Me and American Girl. Her novels have been translated into twenty-three foreign languages, topped bestseller lists both nationally and abroad, and have been optioned for both television and film. Wendy holds degrees from Brown University and Georgetown Law School. She is a former family law attorney with training in child advocacy, and has worked in finance and several areas of the law. her next novel, What Remains, will be released on June 13, 2023.

The Darkness of Others (Paperback)

Imani Banks lives in a posh Brooklyn Heights neighborhood that has just been rocked to its core. An acclaimed movie director has been murdered, and his blond trophy wife—Imani’s closest friend—is missing.