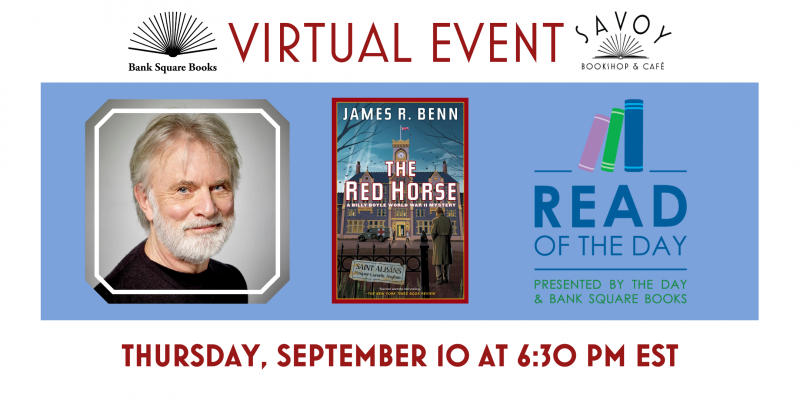 Bank Square Books presents an author discussion and Q&A with author James Benn for the release of his book, The Red Horse. James will be in conversation with Rick Koster of The Day as part of the book club, Read of The Day, co-hosted by The Day and Bank Square Books. This event is free and open to the public, but you will need to register to join the Crowdcast Stream.

James Benn is the author of the Billy Boyle World War II mystery series. James lives on the Gulf Coast of Florida and Hadlyme, Connecticut, with his wife Deborah Mandel, a psychotherapist and writer who offers many insights into the motivations of his characters, a good critical read, and much else. They have two sons and seven grandchildren. James a graduate of the University of Connecticut and received his MLS degree from Southern Connecticut State University. James is a member of the Mystery Writers of America, and the Author's Guild. He has worked in the library and information technology fields for over thirty-five years before retiring to work full-time.

Just days after the Liberation of Paris, US Army Detective Billy Boyle and Lieutenant Kazimierz are brought to Saint Albans Convalescent Hospital in the English countryside. Kaz has been diagnosed with a heart condition, and Billy is dealing with emotional exhaustion and his recent methamphetamine abuse.